10 Motivational Speakers to Watch in 2021

Over the last year, we have collectively experienced one of the worst upheavals in living memory, causing extreme mental and emotional trauma. Amidst this, motivational speakers have been in high demand for bringing in perspectives of optimism and hope.

A great motivational speaker can increase employee morale, facilitate change, cultivate team spirit, and spur individuals to take on new challenges and grow. They are amongst the most sought-after speakers for employee engagements, especially today as work places continue to adapt to and evolve with the uncertain climate.

Start your engagement with these leading names. Check out the list below for 10 of our most sought-after motivational speakers in 2021.

Devdutt Pattanaik writes on relevance of mythology in modern times. Trained in medicine, he worked for 15 years in the healthcare and pharma industries before he plunged full time into his passion. Author of 50 books and 1000 columns, including several bestsellers, he is known for his innovative approach that taps into uplifting anecdotes and lessons from mythology.

An inspiring leader and one of the most-read management authors, Gurcharan Das shares his experience and wisdom about managing people and organisations. His talks give an insight into organisational setups and also help develop perspectives on leadership. He is on a number of Indian and global boards and is a regular speaker to the managements of the world’s largest corporations.

Satya is often referred to as an “adventurer’s adventurer” and is widely recognized today as one of the most accomplished adventurers in the world. Combining his adventure career of over 40 years through some of the most hostile and remotest environs on earth along with his Armed Forces background, Satya delivers power packed presentations to inspire and motivate people around the world.

Considered one of the best motivational speakers in India, Dr Deepa Malik is an award-winning Paralympian – first Indian female para-athlete to win a medal at the Asian Games, World Championships and Paralympics, and recipient of the Khel Ratna as well as Padma Shri. With her inspiring story, Deepa motivates her audience to take charge of their personal transformation and life journey.

Astute, passionate and perceptive, Eika, believes in deriving faith from the ‘power of within’. Along with talking about women’s issues and diversity, she brings her unique perspective on Indian history, mythology and yoga to a corporate environment. Her sessions teach that one only needs to turn inwards in any context for the right answers – be it individual, organisational, national or global.

Prakash Iyer is a best-selling author, motivational speaker and leadership coach. After spending nearly three decades working with teams selling everything from soaps and colas, to yellow pages and diapers, Prakash chose to step out of the corporate world in 2014 to pursue his passion for writing, speaking, and helping other people unleash the leader within. He speaks and writes extensively on motivation, leadership, story-telling, teamwork and winning. And is the author of two best-selling books: The Habit of Winning and The Secret of Leadership.

A leader with impeccable decision-making and people skills, Bharat has the power to work collaboratively to resolve problems, and unleash the talents of culturally diverse groups, to make wholesome and lasting change. An author of four books, his most recent one ‘Navigating the Maze – Simple, Smarter, Strategies to Fast-Track Success’ is especially suited to address the myriad concerns of professionals working in a fast-paced, interconnected and volatile world.

Major Gaurav Arya draws from his years of experience in the Army to speak on dimensions of leadership, motivation, team building and capability building. An Indian army veteran and one of the most admired defence analysts of the country, Major Arya is also Editor-in-Chief of Chanakya Forum, a reputed online magazine that comments on Foreign Affairs, Geopolitics and National Security; has spoken at various TED Talks (TEDx) and is often seen on prime-time TV debates. 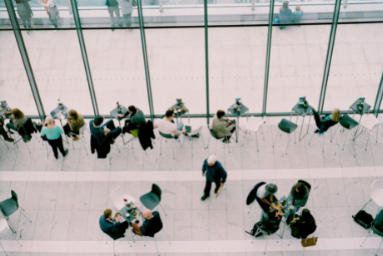 10 Business Speakers to Navigate the “Next Normal”

How to engage with advisors to grow your start-up 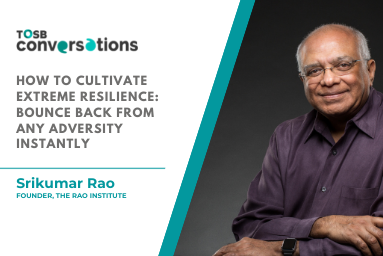 How to Cultivate Extreme Resilience with Dr. Srikumar Rao

Check out the all new Epically Games from @devduttmyth. Make learning mythology fun for your children and boost the… https://t.co/Fv9maQci8a