In this grim backdrop, we must take up the challenge and raise our voices to lower the gender inequality and gender parity gap. Though the government has launched many programs like Beti Bachao, Beti Padhao campaign, a lot more needs to be done.

The private sector should also pitch in and make a conscious effort to increase the women in their workforce. Civil society, educated men and women collectively have to fight for a positive change to ensure that women get their rightful place in our society.

Sports is one of the most powerful platforms for promoting gender equality and empowering women and girls. UNESCO recognized sports and physical activity as a human right in 1978.

One of the main reasons for gender inequality in sports is less revenues generation for women sports events. This is due to less sponsorship, less investments, less media coverage. The solution for this is balancing the total number of athletes participating at the games, advocacy and awareness campaigns, and more women holding governing positions in sports organizations.

Everyone involved—the players themselves (both men and women), the fans, the media, the sponsors, and the governing organizations—must push for change. We need to pave the way for our daughters, just as we do for our sons. There should be no disparity in sports, nor in the workplace, nor in life.

I have been conscious of the fact that the odds are stacked up against women in every sphere in our society. When I was Vice President of the company I was working for, I ensured that there was pay parity between women and men. Secondly, I made efforts and was able to convince the management to hire more women employees for the company.

As a mother, I have brought up my daughter to be independent, single minded and a confident young woman who can take on the world on her merit. In the field of motor sports which is dominated by men, I have never considered myself any less than my male counterpart in any manner. With sheer hard work and dedication, I have made a place for myself and have always spoken my mind.

I have also witnessed a very positive change in motorsports with more and more women choosing this as a profession now. I am a firm believer that if one is capable then it becomes easier to fight for your rights, thus education of the girl child is the key to achieving gender equality.

We need more fathers out there like Mahavir Singh Phogat who vehemently encouraged his daughters to pursue the male dominated sport of wrestling. We need husbands like Karung Onkholer Kom who supported Mary Kom and shouldered the responsibilities at the home front. 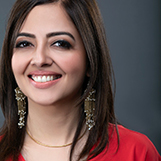 A professional rally driver and auto journalist, Garima Avtar has been part of intensive racing action and has created a niche for herself in the otherwise male-dominated world of motorsports. Her talks fuel a sense of inspiration and growth that only comes from stepping away from one’s comfort zone.

One of a handful of female rally drivers to have participated in almost all of India's major motorsport competitions, Garima is today an expert driving instructor for Mercedes Benz Luxe Drive program and organiser of Motorsport Car Rallies and Experiential Expeditions. She is also the Country Committee Chairperson, India for Motorsport of the All Ladies League & Women Economic Forum.

As a social media influencer, Garima has worked with leading auto and lifestyle brands. As a speaker, she has motivated audiences on forums such as TEDx, TIE Delhi, Army institute of Management & Technology, Women Economic Forum and Kumzum Women Travel Mixer, amongst others. As an auto journalist, she has done special features for leading shows such as Mahindra Baja SAEIndia 2018 and Maruti Suzuki Raid de Himalaya 2017.

Over the years, her work has won her many accolades. She was felicitated by the Chief Minister of Uttarakhand and actress Dia Mirza for organizing the Women's Car Rally in January 2018 for the launch of a new chapter for FICCI Ladies Organization (FLO). She has also been recognised with awards such as Radio One 94.3 FM ‘SuperWoman’, RadioOne 94.3 FM - ‘Super Mom 2017’, ‘Iconic Women Creating a Better World for All’ by Women Economic Forum; ‘Iconic Women Leader in Sports as an Enabler of Change’ by Women Economic Forum’, amongst others.

When not participating in rallies, Garima can be seen practicing her swing on the golf course or serenading audiences as a Sufi singer. You might also catch her on the ramp – having modelled in the past for Designer Gazal Mishra and Shades of India.