Rapid, inclusive and sustainable I Mint

A fast-paced economic growth is not only about making the environment business-friendly, but is also about making businesses environment-friendly. Our Outstanding Speaker, Economist, Policy Expert and Former Environment Minister, Jairam Ramesh expounds on the ways and effects on awakening the country’s conscience. Here’s an excerpt This is the only way to make rapid economic growth inclusive and sustainable as well. It is somewhat ironic that Indian companies will accept tough environmental conditions for their projects in countries like Australia but get very agitated when similar conditions are imposed on their projects at home. You can read the full article here – http://www.livemint.com/Opinion/dhaohSeTHIhTM68uQDy3bK/Rapid-inclusive-and-sustainable.html 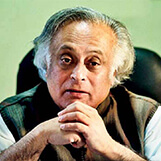 Defying the conventional image of a politician, Jairam is one of the most erudite and eloquent people to walk the corridors of political office. Forthright with his views, Jairam is invited to share his insights on economy, development, geo-political issues, environment, policy and more in his talks.

Jairam is currently Member of Parliament (Rajya Sabha) from Karnataka. Previously, he has been entrusted with leading the ministries for Rural Development (2011-2014), Drinking Water and Sanitation (2011-2013), and Environment and Forests (2009-2011) among other prominent roles.

Besides this, in his capacity as an economist and policy expert, he was the advisor to the Prime Minister and the Finance Minister on several issues. He also served in the Planning Commission of India, Ministry of Industry, and the Advisory Board on Energy, Cabinet Secretariat.

As the Minister for Environment, Jairam led India’s agenda at various international forums, like the Climate Change Summits in Copenhagen (2009) and Cancun (2010). He has been acknowledged by various world leaders like President Obama and Chancellor Merkel and in global publications like Newsweek.

Ramesh has been a columnist for the Business Standard, Business Today, The Telegraph, Times of India and India Today, sometimes under the pen-name "Kautilya". He has also anchored a number of popular television programmes on business and the economy, including Business Breakfast and Crossfire. And has authored acclaimed books including Green Signals: Ecology, Growth and Democracy in India; To the Brink and Back: India's 1991 Story; and his latest Intertwined Lives: P.N. Haksar & Indira Gandhi.