The world is being broken up into fragments by narrow domestic walls, as Rabindranath Tagore feared it would. Walls are rising between nations, and within nations between people of different faiths and cultures. The clear stream of reason is also losing its way in the dreary desert sand of dead habit, as Tagore predicted. Dead habits of the mind of seeing only the superficial stereotype when we encounter a stranger, rather than the real person behind the screen our mind puts on them.

Social media is dividing us even more sharply, into people like us who we follow, and those who are not like us. We lob insults across the wall at them and they at us. We are yelling and tweeting at each other. We are not listening to each other. We live in more fear in this world: fear from unknown terrorists amongst us in the real world, and unknown trolls in the virtual world. Those who dare to ‘hold their heads high’ and stand up against hate, as Tagore said we should be able to when our country is really free, even risk their lives.

Listening is a simple idea. Everyone—rich or poor, powerful or weak, educated or uneducated—can listen to each other. Like breathing, which is a simple process, and which, if done well, as in yoga, can tone up a human body with many complex organs—lungs, heart, and mind. So too deep listening can improve human societies with their complexities and divisions. We teach students in schools and colleges how to express themselves more clearly and how to win debates. We should also teach them the art of listening. We must encourage more listening and less shouting in the media. It is imperative to improve the quality of listening in our conversations with people who are, prima facie, not like us. So that together we can improve the world for everyone.

In my book, Listening for Well-Being (Conversations with People Not Like Us), I analyze the deteriorating condition of both public deliberations and social conversations, and I suggest ways in which we can, and must improve them. So that, as Tagore hoped, we may live with less fear in a ‘heaven of freedom’. 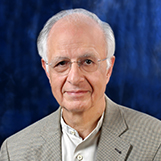 Any discussion on policy and the future of India is incomplete without Arun Maira’s views, and not just because he has been a member of the Planning Commission of India. Arun is one of those rare and eminent people who have held leadership positions in both the private as well as the public sector, bringing a unique perspective on how the two can work together to foster growth for India.

In his career spanning five decades, Arun has led several organisations, including the Boston Consulting Group in India. In the early part of his career, he spent 25 years in the Tata Group, in various important positions. He was also a member of the Board of Tata Motors (then called TELCO). After leaving the Tatas, Arun joined Arthur D Little Inc (ADL), the international management consultancy, in the US, where he advised companies across sectors and geographies on their growth strategies and handling transformational change.