THE IMPLICATIONS OF DONALD TRUMP’S VICTORY ON INDIA

Donald Trump’s victory is historic. It marks an end to the free trade era of the US that has been the bipartisan consensus since 1945. Now, protectionism is the order of the day. As a result, export-oriented economies like Mexico and China will suffer. The Indian economy is unlikely to be affected greatly because it exports relatively little but information technology companies might suffer.

Trump is taking a strong stance on immigration. This will not only affect Mexicans crossing the border to mow lawns or pick strawberries but also Indians who fly in to do software programming or data management. Apart from law and policy, the change in culture will affect the openness of the US. People might be less willing to outsource going forward and discrimination is likely to increase not only against Hispanics, but also South Asians. 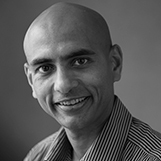 Atul Singh is the Founder, CEO & Editor-in-Chief of Fair Observer, a journal on world affairs, recognised by the US Library of Congress, with over 1,700 contributors from over 70 countries. Rendered as a stunning public speaker who is simultaneously a walking encyclopaedia, Atul brings his original style of storytelling to the podium.

An ex-IPS officer, a former Radhakrishnan Scholar at Oxford, a triple major from the Wharton School, a former corporate lawyer in London and a faculty member at Berkeley as well as IIT Gandhinagar, Atul has spoken at prestigious organisations such as Google and Harvard. His talks cover a wide range of topics from effective management and leadership traits, to creating conducive team culture, and promoting gender parity, diversity and inclusion at workplaces.

Given his prescient say about events like Brexit and the election of Donald Trump, both business leaders and policy makers regard Atul’s views and opinions on global issue very highly; so much so that his articles are read in the White House, the World Bank and Wall Street.

Breathing to destress: Read about 6 aspects that determine how your breath affects you by Personal Transformation… https://t.co/0ANE8MClUb