Media is changing at such a fast pace, that it is difficult to prepare, predict or plan for any timeline beyond three years. This is especially true of India where online access no longer depends on expensive hardware or location connectivity.

A recent report by KPMG and Internet and Mobile Association of India offers clear pointers to how media will be transformed by mobile phones. The telecom revolution caused by the popularity of mobile phones has just about begun.

The first phase of the revolution was access to phones and affordable service. More than half the country has a sim card today. And these are being used to access internet.

Total internet users in India will be about 503 million by 2017. Of these, more than half will connect using a sim-enabled mobile device. One in two people who use internet in non-urban areas use a mobile for access.

Now as bandwidth increases and service efficiency improves, Indian consumers will become increasingly independent of the tyranny of time. Mainstream media forces timelines and deadlines on consumers. Daily updates, hourly shows and weekly magazines. Consumers will increasingly access content that is available to them when they want it and where they want it. Content sites will see more traffic even new options will offer stiff competition to existing sites.

The millions of new entrants will not care about legacy reputation of existing players. They will be drawn to content that excites and engages with them. Social media sites like Twitter and Facebook may not exist in their current form. Only some form an interconnected universe of content will exist. Call it internet until we get a new name for it.

Regional, local and hyper-local content in diverse languages will overshadow mass market media. China has demonstrated that social media can do as well in Mandarin as in English. Internet penetration in China is over 46% while in India it’s still at 20% of population.

The second phase of mobile revolution will transforms the way internet is accessed and content is consumed. The wonderful thing is that nobody can predict exactly how this transformation will play out. 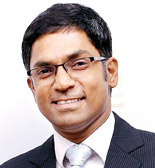