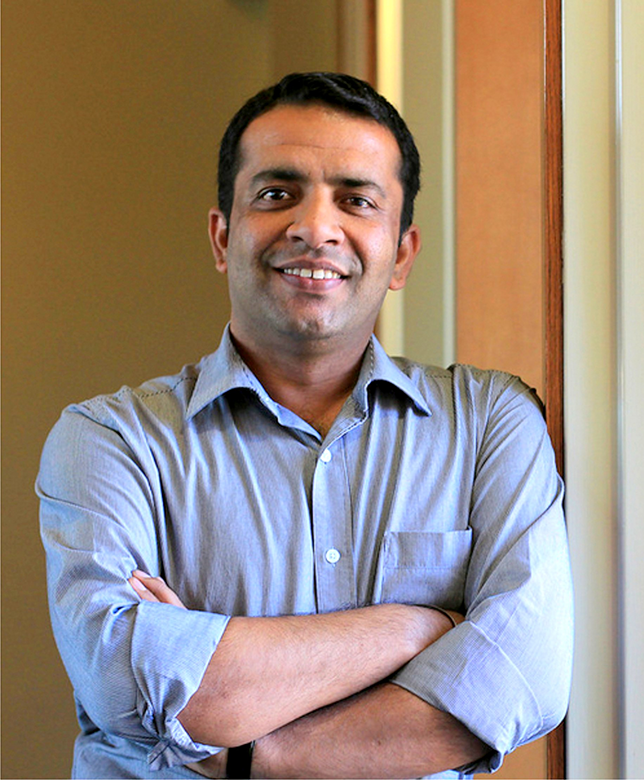 And imagine… I was happily calling ourselves positive virus in this episode.. never thought we will face a differen… https://t.co/I0dCqvxnjc

“From the Archives..” About an year back in the middle of COVID - ‘Sab theek hai na’ conversations with a dear frie… https://t.co/9zP7amNtIb

'From the Archives '..For the next few days, check this space for a series of articles and videos, which the team c… https://t.co/0Fsp2vlPLq

Popularly known as the Clothing Man, Anshu Gupta founded Goonj in 1998 to make “clothing” a priority within the development space. He brings to the table an instinctive empathy and connect with people by dignifying the act of giving.

An Ashoka Fellow and the Global Ambassador of Ashoka, Anshu is creating a mass movement for recycling and reuse of tons of waste material by channelizing it from the cities to the villages, as a resource for rural development. A powerful and inspiring speaker, Anshu addresses many national and international forums to bring clothing on the development agenda and to motivate the youth to take action. He is a regular speaker in many parts of the world on innovation, leadership, village development, power of youths and social entrepreneurship.

Starting as a freelance journalist, Anshu left a corporate job to establish Goonj. Under his leadership Goonj has taken the menacing growth of urban waste and used it efficiently as a tool to trigger large scale rural development work. By creating barter between two new currencies; labour of the beneficiaries and old material of cities, Anshu has built the genesis of a parallel economy which is not cash-based but trash-based.

Listen by the Forbes magazine as one of India’s most powerful rural entrepreneurs, he has also recently been conferred the Public Service Excellence Award for the year 2017 by AIMA.

A foody, an entrepreneur, a thinker, a doer, an avid traveller and photographer and a journalist by heart, Anshu often pens prose and poetry, giving vent to his feelings and opinions on the issues that bother him about the world around him.