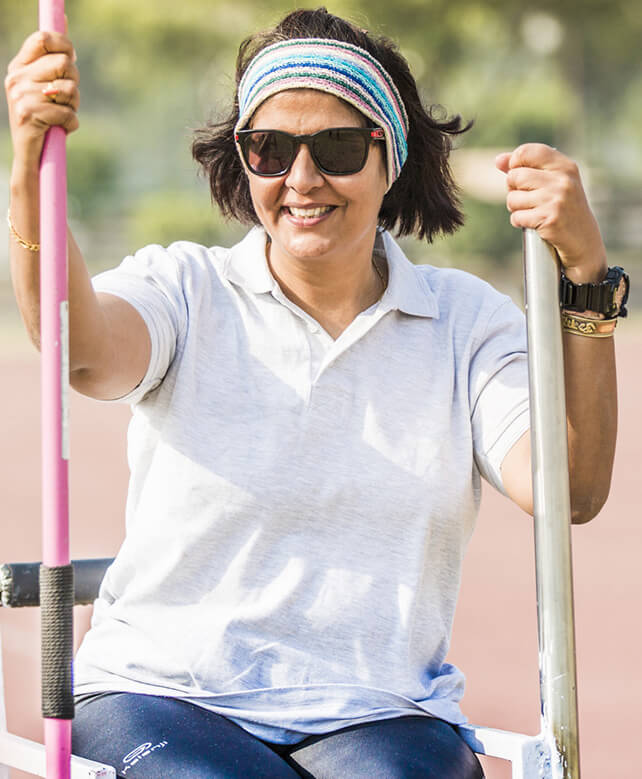 Visited an exhibition by @HQ_DG_NCC girls at Lakshmibai college depicting contributions of our martyrs of freedom s… https://t.co/umdmpVOiLD

An honour to flag off Kashiyana Foundation’s #NashaMuktBharatYatra today. A drive that will cover 15k kms across 22… https://t.co/HPEyALx5Ro

Dr. Deepa Malik has the unique distinction of being the FIRST FEMALE PARA-ATHLETE in India to win a medal at the ASIAN GAMES, the WORLD CHAMPIONSHIPS, and the only INDIAN FEMALE PARA-ATHLETE to win a MEDAL at the PARALYMPICS and the coveted Highest Sports Honour of the country, the KHEL RATNA. Deepa has a tally of 58 national Gold Medals & 23 International Medals to her credit. She is the ONLY INDIAN WOMAN to win medals in 3 CONSECUTIVE ASIAN GAMES, with a NEW ASIAN RECORD each time. She has to her credit, 5 PRESIDENT OF INDIA AWARDS including the PADMA SHRI & ARJUNA AWARD, and has been recognized by UNITED NATIONS & NITI AAYOG with the WOMEN TRANSFORMING INDIA award.

On her Mission of ‘Ability Beyond Disability’, she has gone on to create 4 LIMCA WORLD RECORDS in Adventure, becoming the FIRST PARAPLEGIC WOMAN in biking, river swimming, high altitude mountain driving & car rallies like Desert Storm & Raid-De-Himalaya.

Her impact on the International Paralympic Movement has earned her the recognition of GLOBAL WOMAN OF THE YEAR 2019 by the International Paralympic Committee among 176 member countries. This year she dawns the very important role of being the New Zealand Prime Minister’s Fellow and representing 130 crore Indians for the bilateral relations between New Zealand & India.

She is most proud of the work done through her foundation Wheeling Happiness which has impacted & empowered over 10,000 Divyaangs through international advocacy, inclusion workshops, accessibility aides, accessibility audits, rural outreach and counselling & mentoring. The work has been applauded internationally by the Head of the Commonwealth, Queen Elizabeth II as well as the Vice President of India.

The work of Wheeling Happiness Foundation is about to feature in an upcoming Karamveer Fundraiser episode of Kaun Banega Crorepati on 11th October 2019. Deepa has contributed towards betterment of Inclusive Sports Policies as a member of the Five-Year Planning Commission 2012-2017 and has been a brand ambassador for Government initiatives like Swachch Bharat; Beti Bachao, Beti Padhao; Jaago Grahak Jaago, Khelo India & the Fit India Movement to name a few.