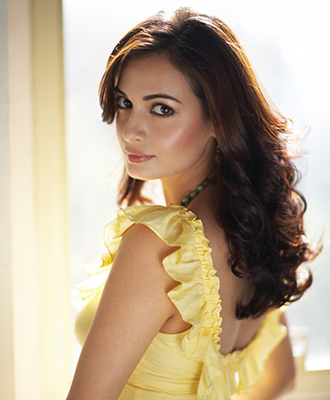 RT @koustubh_sharma: Laila The Snow Leopard (2018) is not a movie, but a fictionalized podcast where @deespeak gave her voice as the protag…

I love my @SanctuaryAsia family 🐯 So grateful for all that you have done and all that you will continue to do. Cele… https://t.co/Ebqv6fXwMX

A beauty pageant winner, actor and social activist, Dia Mirza's journey has been an amalgamation of personal as well as professional success. She speaks of her passion of giving back to the society and also how each one of us can find our greater purpose in life.

Dia is a rare celebrity with many avatars. While she started her career as a marketing executive, she went on to win Miss Asia Pacific in 2000 and thereafter become an awarded actor in Bollywood. Desirous of following her humanitarian passion, she founded Born Free Entertainment along with Sahil Sangha to create entertainment with a purpose. Their second production mirrors Dia’s views on the rights of the girl child.

With a strong belief in making fame accountable and responsible, she has at times stood up for causes that have attracted the ire of political activists. Dia actively promotes environment conservation and animal rights on Twitter and Facebook and is among the top ten influencers on Twitter in India, according to a recent survey.

She has worked with The Cancer Patients Aid Association, The Spastics Society of India (Now called ADAPT), PETA, was a part of UNESCO’s World Heritage Sites programme for NatGeo and works in an advisory capacity with the Anandana Trust. Dia has won six Women’s Achievement Awards and been honoured by Rotary panels in Hyderabad, Delhi and Mumbai.