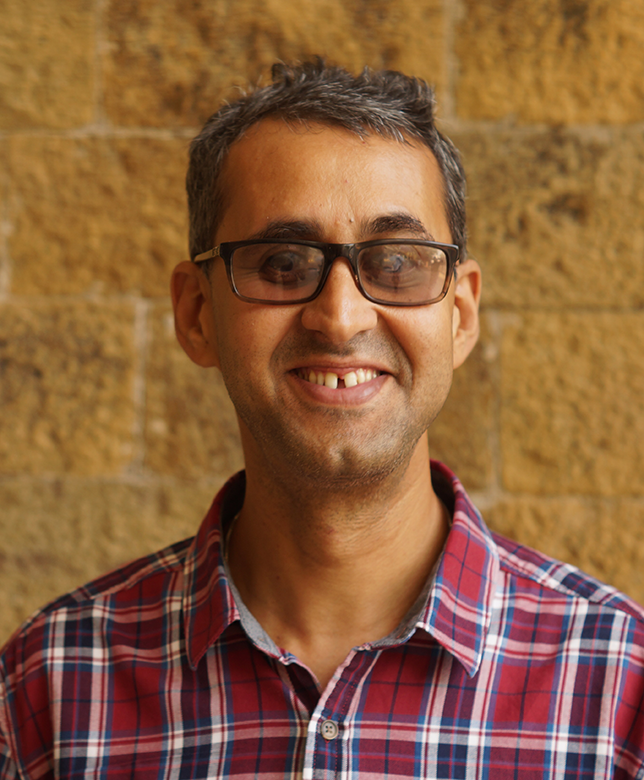 One of the world's leading speakers on leadership, inclusion and innovation, Divyanshu Ganatra challenges individuals’ core beliefs, and inspires audiences around the world to re-imagine possibilities and shift their mindsets to transform into the best versions of themselves.

After losing his eyesight to glaucoma at the age of 19 and a severe bout of tuberculosis that almost had him declared dead, Divyanshu soon found that his blindness or health struggles were not a problem. It was people's attitudinal barriers and their stereotypes that tried to tell him that he could no longer do what he wanted to do—learn computers or make a career in IT, study psychology and pursue his Masters in Cognitive Neuroscience, or follow his love for adventure and the outdoors.

Fast forward to today, Divyanshu continues to shatter stereotypes and prejudices, turning every adversity into an opportunity to emerge as one of India's most successful people in the fields of IT, diversity and inclusion, and behavioral facilitation. His love for sport and the outdoors also led him to find the Adventures Beyond Barriers Foundation (ABBF)—a non-profit that promotes inclusion through adventure sports for people with and without disability.

A sought-after speaker for hundreds of Fortune 500 companies and CXO forums, Divyanshu has many firsts to his credit, including India’s First Blind Solo Pilot; India's first blind tandem cyclist to cycle from Manali to Khardung La (the highest motorable road in the world); and first blind Indian to summit Mount Kilimanjaro in Africa (the tallest freestanding mountain in the world).

Divyanshu today works closely with the leadership of top global companies to help them and their teams push their boundaries, challenge themselves and think beyond the "possible". He does this by bringing lessons from his life experiences and extreme adventures to boardrooms, weaving insightful, humorous and transformative stories on how individuals and organizations can lead with passion and purpose.

His pathbreaking work in the field of cognitive neuroscience, many successful stints as an entrepreneur, rich adventure experiences and commitment to building an inclusive world make him a speaker unlike any other. Needless to say, such a power-packed individual has attracted quite some attention. Divyanshu has been covered extensively by some of the world's most popular media—BBC, The Times of India, The Hindu, CNNIBN, CNBC, Star Plus, Condé Nast Traveller, Huffington Post and more.

As a speaker, Divyanshu will push you to ask yourself the questions that really matter: How can you mold your beliefs to bring out the best in yourself? What can you do to partake of a happier, healthier life? How can you set goals to achieve excellence no matter what the circumstances?

He has touched the lives of over 50 million people across the world, as a speaker at leading TedX events, guest faculty at multiple IITs, IIMs and universities in the US as well as inclusion ambassador for governments in India and abroad.