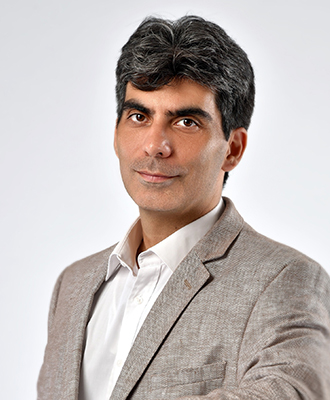 Exercise Can Save Your Life

The Perfect Diet for A Healthy Heart (And Weight Loss)

How to Prevent a Heart Attack

RT @RFhospital: How these 3 heart patients between 30s and 60s could run the Mumbai marathon. Everyone has a different journey and we want…

An honour and pleasure to meet the planet's second fastest human,@YohanBlake at my favourite running event,… https://t.co/Z8zzHUGNwa

Widely recognised as the pioneer of cardiac rehabilitation in India, Dr Aashish Contractor talks about health and wellbeing, specifically the lifestyle changes to keep heart and other chronic diseases at bay, with a focus on exercise, nutrition, medical diagnostics, medications and stress management.

Dr Contractor is the head of the Department of Rehabilitation and Sports Medicine at the Sir H.N. Reliance Foundation Hospital. And the founder of Meta-Wellness, which specialises in preventive health for corporates. Recently, he authored a book titled ‘The Heart Truth’ on heart disease prevention, treatment and rehabilitation.

In his previous roles, he was the head of department of Preventive Cardiology and Rehabilitation at the Asian Heart Institute, since its inception in 2002. He had the distinction of being part of the team which treated the Prime Minister of India, Dr. Manmohan Singh, after his redo bypass surgery in January 2009, and took care of his post-surgery cardiac rehabilitation. He was also the Medical Director for the Standard Chartered Mumbai Marathon, for over ten years.

Dr Contractor is the Vice-Chair of the International Council of Cardiovascular Prevention and Rehabilitation, which includes 30 countries around the world. He is also a visiting lecturer at the University of Chester, United Kingdom and serves as the Certification Director of the American College of Sports Medicine (ACSM) in India.

An avid sportsman himself, he has run several marathons, and completed a non-stop Mumbai-Pune-Mumbai cycle ride (329 km) to raise 1.2 crore rupees for children with cancer. His talks have featured on various forums, ranging from YPO, EO, and TEDx, to school children.

He recently initiated the Mumbai Chapter of an innovative international programme where he arranges for regular walks with patients who have suffered from cardiac, orthopaedic and other debilitating illnesses.