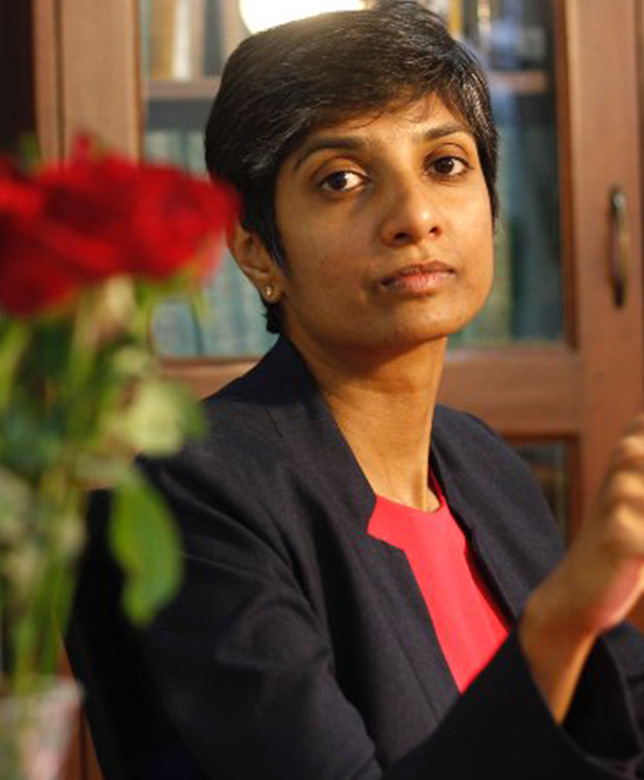 Dr. Menaka Guruswamy is a Senior Advocate at the Supreme Court of India and of the key forces behind the revocation of section 377.  She has been listed in Foreign Policy magazine’s “100 most influential Global Thinkers” (2019) and on Times Magazine’s “100 most influential people” (2019). And has been published in the New York Times, the New York Review of Books, the American Journal of International Law, and the Indian Express.

In her private law practice, she also litigates in the areas of commercial law and white-collar crime. Her criminal law defence practice includes cases like Augusta Westland and 2G Spectrum. In her commercial practice, she has represented large multinationals and public sector companies. Dr. Guruswamy has also represented the Central and many State governments.

Dr. Guruswamy has a Doctorate in Law (D.Phil) from Oxford University, a Masters in Law (LL.M) from Harvard Law School and a basic law degree from the  National Law School of India, Bangalore. She was a Rhodes Scholar at Oxford and a Gammon Fellow at Harvard Law. She has been visiting faculty at Yale Law School, New York University School of Law and University of Toronto Faculty of Law. She was the B.R Ambedkar Research Scholar and Lecturer in Law at Columbia Law School, New York from 2017-2019.