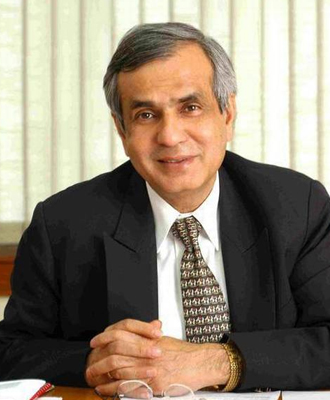 Beautiful and breathtaking confluence of the Alaknanda and Bhagirathi. These mighty rivers are us of the timeless… https://t.co/2KOf7aUxmw

RT @hvgoenka: The ever pervasive spread of the Reliance business group….👏👏👏 https://t.co/pUaF0XhqI2

A widely-known economist and an ardent author, Dr. Rajiv personifies knowledge on politics and policies. He has played an influential role in strengthening the economic stature of the country. He is also an avid speaker who liberally shares his valuable insights on Indian economy and India’s national security.

Dr. Kumar has held several significant portfolios over the years of his vast experience. He was appointed in the top leadership roles for some of the key industry associations like Federation of Indian Chambers of Commerce and Industry (FICCI, 2010-2012), Indian Council for Research on International Economic Relations (ICRIER, 2006-2010), and Confederation of India Industries (2004-2006) among others.

Currently a senior fellow at the Centre for Policy Research (CPR, Delhi) and MD of Pahle India Foundation – a non-profit, policy-oriented research organization – Dr. Rajiv has also been a member of Government of India’s National Security Advisory Board for 2006-2008.