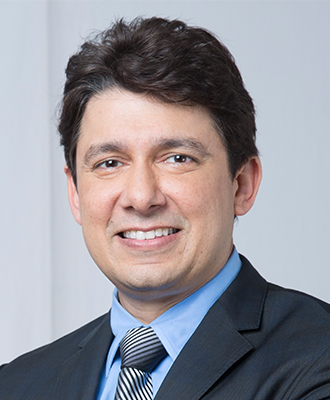 Fascinated with the scope of healthcare and technology, and its use in furthering mankind, Dr Nene is a cardiovascular and thoracic surgeon who believes in giving back to the community. He emanates positivity and compassion in his speaking sessions, talking to people about living healthy lives to their full potential, and helping those around them to do the same.

A tech-genius since his early days, Dr Nene taught himself to program at the age of 13 and started a computer software company when he was merely 15 years old. His extraordinary aptitude was recognised by numerous prestigious academic institutions through scholarship programs.

He finally chose a scholar course in medicine at Washington University in St. Louis where he completed his undergraduate work in 3.5 years. Starting his practice in Denver, he specialised in mitral valve repair, endovascular aortic surgery, and was trained as a DaVinci Robotic surgeon.

Later upon coming to India, he founded RnM Moving Pictures – a digital media and content creation company – alongside his wife, Madhuri Dixit, an accomplished Bollywood actress. His other ventures include GoQii – a fitness platform, and Mission Jaldaan – a clean water social awareness initiative.