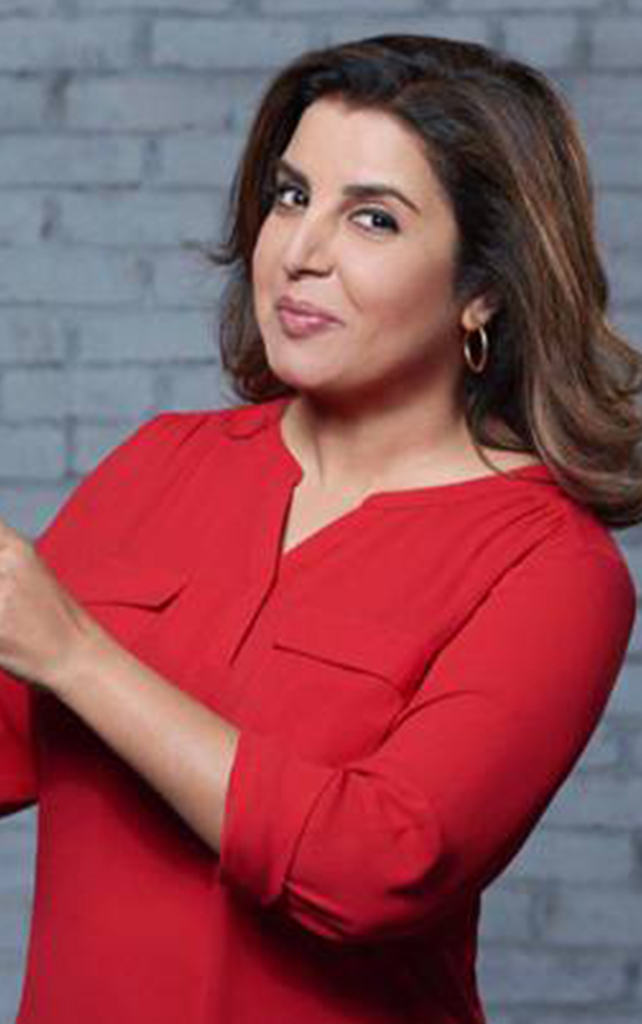 Last evening took my family to get vaccinated at the @bkchospital jumbo centre and was amazed at the efficiency n c… https://t.co/tEi09RmChg

Kudos to @drrajeshmparikh Everything u wanted to know but didn’t know how.. THE VACCINE BOOK for COVID-19 https://t.co/xIDLW4nKEv

Working with @ihrithik is always such a wholesome experience. So dedicated and humble at all times. Directing/chore… https://t.co/uyLV8iR1t2

Farah Khan is an award-winning choreographer, director and actor in the Hindi film industry. An exceptional speaker and story teller, she strikes a great rapport with the audience and motivates them to follow their dreams and excel.

After claiming fame for her choreography in numerous Hindi film blockbusters, Farah directed top-grossing Hindi films such as Main Hoon Na, Om Shanti Om and Happy New Year. She has won numerous awards for her talented work in choreography and was also the first-ever female director to be nominated for the Filmfare award for ‘Best Director’.

She got her first break as choreographer by director Mansoor Khan in ‘Jo Jeeta Wohi Sikandar’. Recognised as the top choreographer in Hindi cinema after the success of fan favourite ‘Dilwale Dulhania Le Jaayenge’, Farah achieved international recognition for her work in Monsoon Wedding, Bombay Dreams and Vanity Fair. She was nominated for a 2004 Tony Award as Best Choreographer, along with collaborator Anthony van Laast, for Bombay Dreams.

A philanthropist, she is actively involved in social and humanitarian causes. She is an active supporter of World For All, an NGO that is involved in animal welfare. Farah also supports the Swades Foundation with a focus on empowering rural India.

Her hard work, determination and attitude have made her a role model for many aspiring choreographers and directors. Farah is not only an entertainer; she is a very sharp business woman as well. She runs her business on her own terms and competes with all peers irrespective of their gender

Farah speaks on several topics around women empowerment, motivation and team work. She is known for being witty and understanding the pulse of the audience.