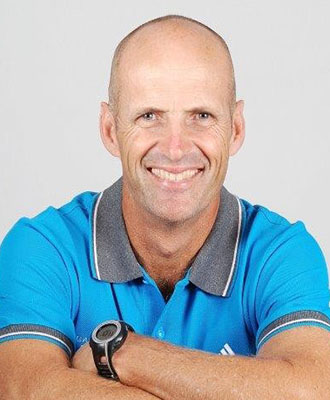 It’s been 10yrs since Team India won the @icc CWC. Most definitely one of my career highlights. I’m so proud to see… https://t.co/ayrygVWLUj

If you haven’t tried Futurelife, you need to enter this to stand a chance to WIN a breakfast hamper from our family… https://t.co/VXfR9Ep5kE

It’s been 10years since Team India won the @ICC World Cup and a lot has happened since. I’m looking forward to catc… https://t.co/yttWaER9Y0

Can’t wait to speak to @YUVSTRONG12. What a great career he’s had! Feel free to register and join us in the convers… https://t.co/PTMJVaRDiW

A left-hander with a specialised batting technique, Gary Kirsten was known as one of the strongest pillars of the South African top-order. He is a former South African cricketer and the World Cup winning coach of the Indian Cricket team.

He played 101 Test matches and 185 One Day Internationals for South Africa between 1993 and 2004, mainly as an opening batsman. Gary’s game revolved around his basic strengths and weaknesses and his ability to adapt to different conditions.

Gary debuted against Australia in Melbourne in 1993 and over the years, his ability to concentrate for longer periods saw him becoming the leading South African run-scorer and centurion in Tests. His career-best knock of 275 came in 14 and half hours, the second-longest innings in terms of duration in the history of cricket, when South Africa followed on against England at Kingsmead in 1999-00. Later, in 2003, he returned to England to haunt them and in the Headingly Test, scored a crucial 130 that helped South Africa win the Test by 191 runs.

After he retired from the game, he was the batting consultant of the Warriors for some time and in 2006, he set up his own Cricket Academy in Cape Town. In 2008, he was elected to coach the Indian cricket team and over the next two years, changed the fortunes of the team.

Gary’s personality was often reflected off-the-field when he mentored the Indian team. Under him, India did extremely well as they gradually scaled the No.1 rank in Test cricket, when the Indian team won the 2011 ICC Cricket World Cup. In skipper MS Dhoni’s words, Kirsten was “the best thing to happen to Indian cricket”. He was later named coach of the South African national team in 2011.