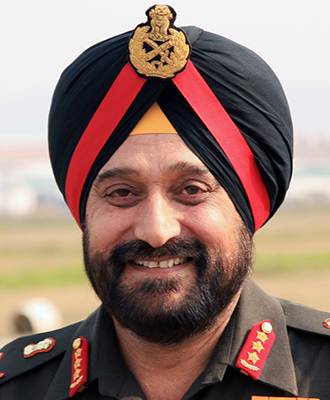 The face of the Indian Army during the Kargil War, General Bikram has had an eventful military career of over 42 years. His vast experience in the Army and in the UN along with his insight into the strategic politico-military decision-making arena, empower him with the requisite prowess to address the aspirations of the corporate leadership at various levels during his interactions.

General Bikram was the former Chief of the Indian Army and held the role of General Officer Commanding in Chief – Eastern Command before that. He commanded several military operations in India and abroad and was highly acclaimed with awards for his services.

The General won the Annual Public Speaking award at the United States Army War College (USAWC) in 2004, where he also earned Master’s Degree in Strategic Studies. He was later inducted into the US Army War College ‘Hall of Fame’ and received the ‘Legion of Merit’ by the then US President in 2013.