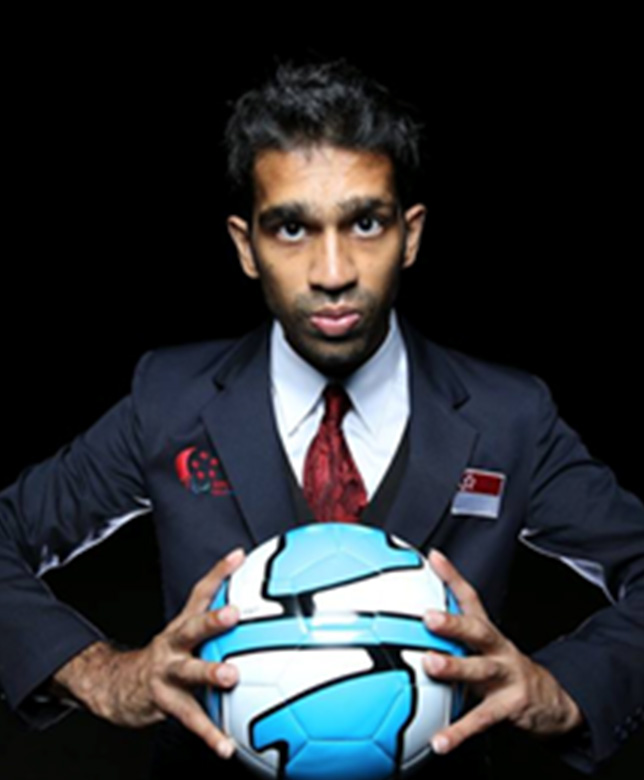 Hitesh is a Paralympic Medal winner with the Singapore Cerebral Palsy Football Team and the author of the book "Better Than Normal" which has sold more than 11,000 copies worldwide. Born with Cerebral Palsy, Hitesh is on a mission to inspire 50 Million People by 2050! And has touched and won the hearts of more than 1.2 Million people from over 32 Nationalities.

He has received the South-East Asia Excellence Awards-Special Mention of Outstanding Achievements for being an exceptional role model to youth all around the world. He is also a certified Jack Canfield Success Principles Trainer and is featured regularly on local and global TV, radio and magazines.

He is consistently voted as the best speaker in every event he speaks at, and has delivered keynotes at Microsoft, TATA Steel, Prudential, Great Eastern, Buhler and Deutsche Bank.