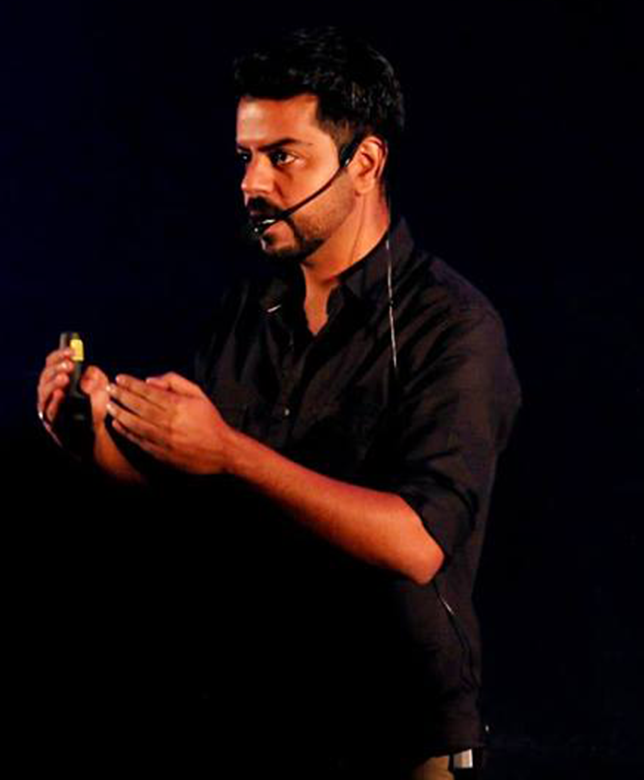 Coming from a tenacious media background, Jay Alani chose to go the unconventional way by following his passion for investigation and the supernatural world as a trained Paranormal Investigator. His talks seek to bust the myths around paranormal activities and highlight a scientific approach to the supernatural world.

Jay’s love for the paranormal began at an early age, slowly developing into an evolved expertise in the area. As an inquirer of eerie and “unfathomable” phenomena since the last eight years, Jai advocates paranormal awareness towards building a society free of blind faith and superstitions.

His talks build from his wide experience of the supernatural world, having investigated over 40 haunted locations and solved more than 110 cases. His captivating storytelling has found many forms, from poetry slam to audio shows and web series, thrilling audiences throughout.

A true fan of horror, Jay is also the official representative of six international paranormal research organizations in India. A published author and founder of the Indian Paranormal Research Organization, the first of its kind in Asia, Jay personifies being “fearless” and is rightly called the “paranormal guy” of India.