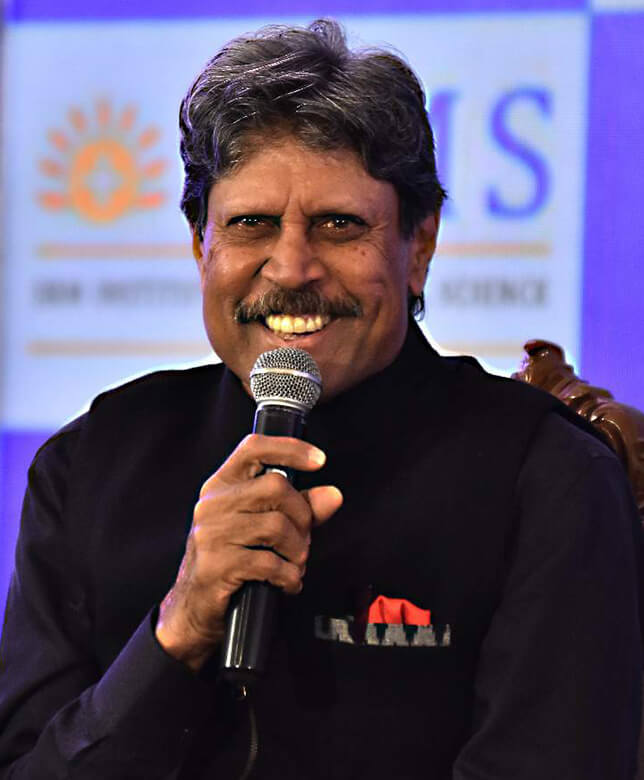 I simply love India , I wish the tiff between Farmers and Govt gets resolved ASAP. Let the experts take a call. One… https://t.co/dPikrqtNyg

@PMOIndia @narendramodi As a cricketer , So proud of the fact that Hon'ble prime minister is wishing Indian cricket team ....

🇮🇳Well Done Team India 🇮🇳 You proved yourself right and played like world champs. You are our Stars & You made us… https://t.co/KAfLwyI3ih

Known to be one of the greatest cricketing all-rounders of all time, Kapil Dev cemented his place as the country’s blue-eyed boy when he led the Indian cricket team to its first World Cup victory in 1983 as its captain. A mentor for new talent and idol of many sportspersons, Kapil continues to inspire skills of leadership, team building, adaptability, and sportsmanship.

The anecdotes and memories that he shares from the tournament, in which Kapil and his teammates entered as ‘underdogs’ and went on to win the Cricket World Cup by defeating the mighty West Indies in the final match, transmit his confidence and charismatic leadership to his audience.

Kapil made his international debut in October 1978 against Pakistan, eventually establishing himself as India’s premier fast bowler. With his nerve-wracking swing bowling and match-winning batting, the “Haryana Hurricane” rapidly became popular amongst the Indian crowd.

Kapil’s retirement came in 1994, after achieving numerous awards and breaking countless records. His legacy was cemented forever after he was named the Indian cricketer of the century.