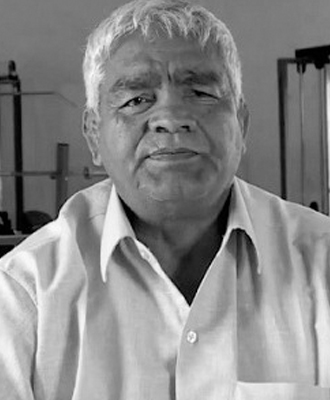 RT @PhogatRitu: Representing India 🇮🇳🇮🇳 That feeling when you play for your country. All pumped and ready for tonight 🔥🔥 C'mon India, let's…

A true epitome of inspiration and strength, Mahavir Singh Phogat is an Indian amateur wrestler and senior Olympics coach. His audience find in his talks, a unique sense of connect as he shares the story of his family’s passion for the sport of wrestling, and their dedication and hard work that got them to rewrite history.

Winner of the Dronacharya Award by the Government of India, Mahavir belongs to a small village in Haryana. He met with very strong criticism for raising his daughters to be like sons, and for training them to fight in wrestling tournaments. Over the years, Geeta and Babita Phogat – the daughters of this proud father and coach – went on to become exceptional athletes who are idols for millions of aspiring women achievers in India today.