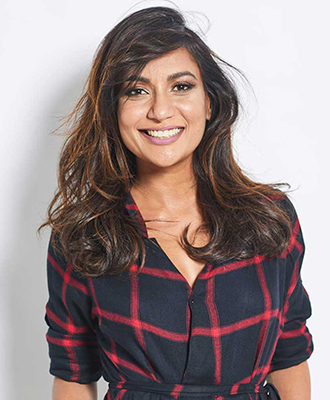 Had a spectacular evening with all my boss ladies! 🥰🥰 #bossladydinner Are you joining me for the next… https://t.co/zanXu68042

Had a spectacular evening with all my boss ladies! 🥰🥰 #bossladydinner Are you joining me for the next… https://t.co/XZLKoNZt83

Had a spectacular evening with all my boss ladies! 🥰🥰 #bossladydinner Are you joining me for the next… https://t.co/omaMcvg6Ao

Had a spectacular evening with all my boss ladies! 🥰🥰 #bossladydinner Are you joining me for the next… https://t.co/WUUwYb4dur

As India's first celebrity blogger and social media personality, having pioneered Indian lifestyle blogging with MissMalini.com in 2008, Malini is a leading speaker on digital branding, marketing, and entrepreneurship.

She is the Founder & Creative Director of MissMalini Entertainment, a leading new media network that creates highly engaging, multi-platform content geared towards India's Internet generation. Malini’s website today reaches over 4 million organic monthly visitors from over 200 countries, more than 80% of which are women, and has a social media following of over 7.5 Million.

India’s most famous blogger, Malini has been profiled by various international media outlets including BBC World (UK), Reuters, CNN (USA), DW (Germany), TV5 (France) and The Globe & Mail (Canada). She is a regular feature in Vogue India, Elle India, Grazia India, Hello! India, India Today, The Economic Times, Business Standard, NDTV Profit, among many others, and was even featured on CNBC's Young Turks as a fast-growing media start-up to watch.

In her latest avatar as an author, Malini released her first book, To the Moon: How I Blogged My Way To Bollywood with reputed publishing house HarperCollins in January 2018 which ranked #3 on the India Top 10 non-fiction Bestseller List within the first two weeks of sales. Her career in media and entertainment includes stints as a vertical head at MTV, a popular RJ and Programming Director at Radio One, and as the Head of Digital Content for Channel [v].