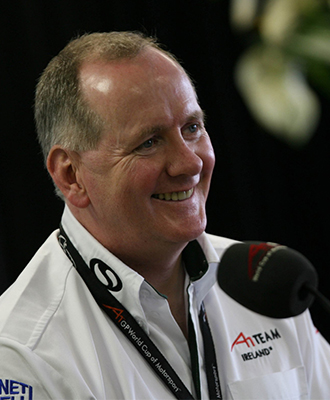 @AngelM16 @GARSIDEK Agreed. A vast task which the social media companies should pay for.

@AngelM16 @GARSIDEK Good point. However if all users are verified in terms of identity presumably blocking an indiv… https://t.co/fHjMdMwjaz

@GARSIDEK Will never understand why enabling ‘anonymity’ was a key decision by major social media platforms which t… https://t.co/IAQpYH6HZm

@TW_UKATX 😂 I have seen someone eat a golf ball sized amount and swallow it to avoid embarrassment. Which was the w… https://t.co/xNKjhG3bFW

When speaking of Formula One, Mark Gallagher is a name that resonates in the mind. Having spent his entire professional life with the sport, Mark has been helping top corporates by sharing his understandings and lessons from Formula One that can be applied to business.

He connects with the audience with his talks about building high-performance teams, leadership, data-driven approach to managing risk, and the future of transport, among various other topics. He recently published his second book, ‘The Business of Winning – Strategic Success from the Formula One track to the Boardroom’.

Mark started as a journalist and broadcaster for Formula One in 1987 and has since worked with many leading drivers, including Ayrton Senna, Michael Schumacher, Mika Hakkinen, and David Coulthard. He has held senior leadership roles within Jordan Grand Prix, Red Bull Racing, and Cosworth Engineering and has been at the epicentre of many of the sport’s key developments during his career.

He founded his own racing team, Status Grand Prix, which won the 2009 Motorsport World. He also helped develop the new hybrid engine regulations that were introduced into Formula One in 2014. 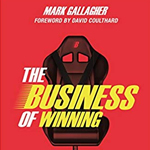 The Business of Winning: Strategic Success from the Formula One Track to the Boardroom