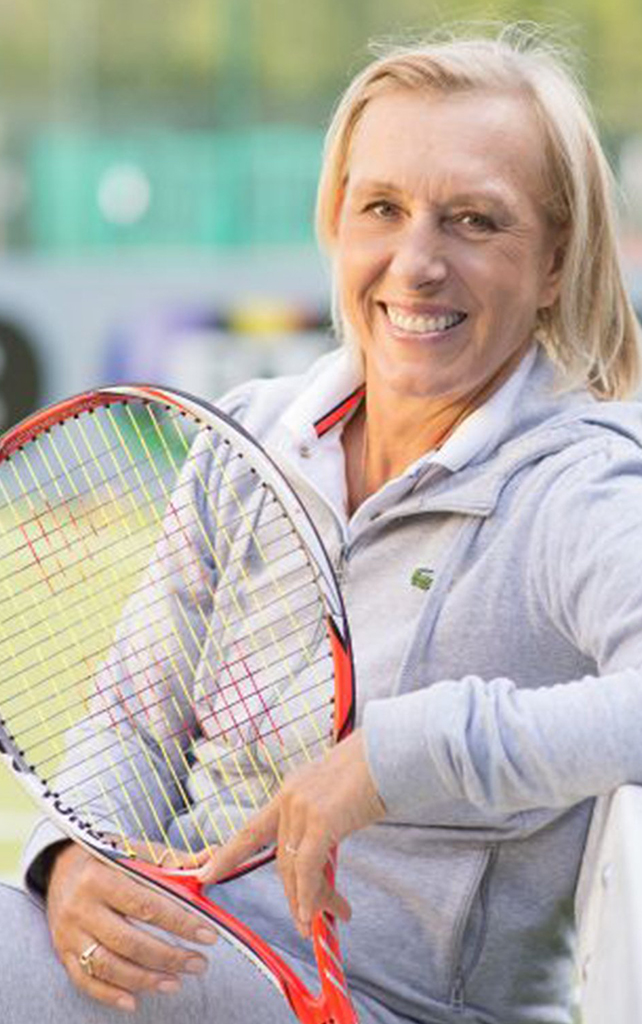 How to be our Best at our Worst

@suzmarks @WTA @TennisChannel I doubt it very much, at least not on the women’s side. But it for sure exists and is very hard to prove

RT @CheesyKraftman: @TinResistAgain @Martina There has to be put in place a ‘ Bad Cop’ law. These police officers are employees of the peop…

RT @TinResistAgain: @Martina 🚨Tell your Senators to PASS the George Floyd Justice in Policing Act #JusticeInPolicingAct The House has pass…

Martina Navratilova, tennis player extraordinaire, took women's tennis to a new level with her speed,  determination and agility. She won the Wimbledon women's singles title a record nine times and has been described by many as "the greatest singles, doubles, and mixed doubles player who's ever lived".

Over the span of her career, she has won 18 Grand Slam singles titles, 31 Grand Slam women's doubles titles and 10 Grand Slam mixed doubles titles; bringing the total to a resounding 59 Grand Slam titles.  She still plays at all the Grand Slams where she takes part in the legends doubles.

When not playing tennis, Martina is involved with various charities that benefit animal rights, underprivileged children, LGBTQ rights and the environment. She is now a presenter for BBC, Tennis Channel and BT Sport. The author of several books, Martina splits her time between the USA and Europe and traveling the world over, speaking and hosting events covering several relevant topics such as Goal Setting, Motivation, New Technology, amongst others.

She is an extremely accomplished speaker with the ability to carefully weave her own life and career into very current themes of her talks and keynotes.