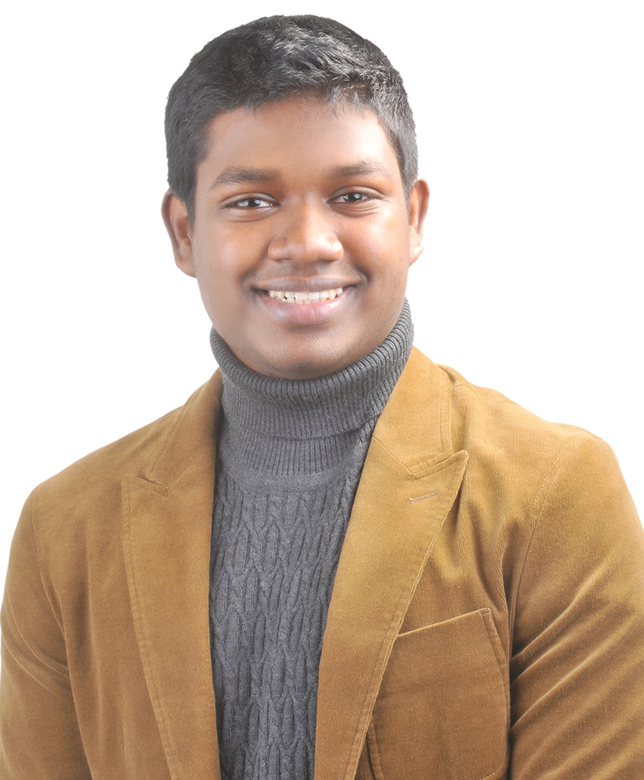 RT @n1n3stuff: Talking at the CA Institute tomorrow on the impact of AI on Chartered Accountants! Inputs appreciated! @sudomonish please…

RT @inktalks: #MeetOurFellows @sudomonish is one of the youngest Computer Scientists working on Deep Learning, Cognitive Computing, and Qu…

RT @lux_rao: At the AI/IoT conference, Bangalore. Enjoyed moderating the session on ‘Future of IoT & AI’ with a diverse set of accomplished…

As a child prodigy, Monishwaran Maheswaran excelled in several Olympiads and went on to Harvard University to work under mathematics professor Oliver Knill. He began finding intriguing mathematical theorems and computer science applications to help in the diagnosis of schizophrenia and Alzheimer.

Over time, Monishwaran has worked on several cutting-edge projects, including a system using machine learning to help visually-impaired people navigate their surroundings. His latest idea is to construct a satellite for ISRO, with its functionality mainly in the interest of the public. His mind automation, The Neural Connect, received international attention and he was invited to several events to talk about it, including TEDx and IOT symposium 2019, which attract thousands of people.

Apart from sciences, he has also authored a C++ book, which became an all-time favourite of several teachers at BIT, BMS and IIT. Over the years, he has given several keynotes all over the world, including at the Futuristic Healthcare Summit, Rise of AI, AI and IOT by Virtue Insight, etc. He was invited by PES University, KLE Institute of Technology, IISER, IIIT to give Masterclasses and Guest Lectures on Quantum Computing.

He has also established a non-profit—Do it for Knowledge—that works at donating books to underprivileged kids, and an initiative called Run for Cancer that focuses on the life of children suffering from cancer. Recently, he collaborated with sense kaleidoscope to build a new, universal, standardized curriculum for autistic students. He was also named the Goodwill Ambassador for the Akshaya Patra Foundation.