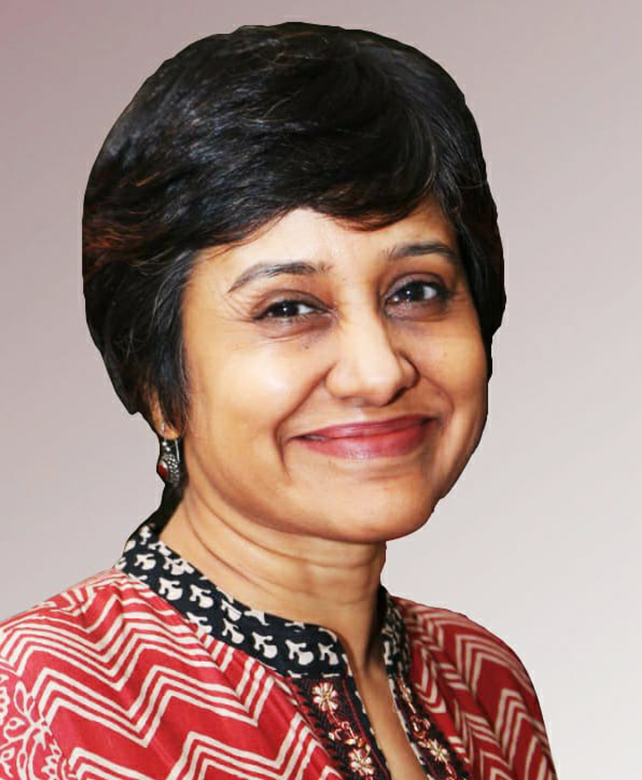 Using the Mind-Body Connection for Balance and Growth

“Back to being human” – that’s how Nasreen likes to describe her work with individuals and organizations. An adaptive coach with over three decades of professional practice, Nasreen believes deeply in the inherent human values of achievement and self-growth. Working with CXOs and Entrepreneurs, she brings in an intriguing mix of Eastern and Western methods to lead her clients through their journey of self-discovery and transformation.

Nasreen is amongst a few people globally who have the unique distinction of being certified as a New Code NLP Practitioner, a Master Practitioner of NLP and a Master in Hypnosis. As a management graduate, she is also proficient in several methodologies of coaching. She is a certified Life Coach, a Professional Coach and an NLP Coach. She also brings into her work the lesser used treasures of disciplines like Kinesiology, Qi Gong, EFT, Mindfulness and Positive Intelligence.

Besides coaching, Nasreen enjoys facilitating group workshops and has also co-authored a book on Facilitation. Her two most loved workshops are the “Train the Trainer” and the “Happiness and Positivity” workshops, which she has been conducting for over a decade now. She believes that self-inquiry is the catalyst for sparking change and loves the power of questions, which she uses extensively both in her coaching and facilitation work.

Nasreen loves reading and travelling. Based in Delhi NCR, she has visited most parts of India and been to over 15 countries. Nasreen is always in awe of nature, which she loves to capture on her camera.