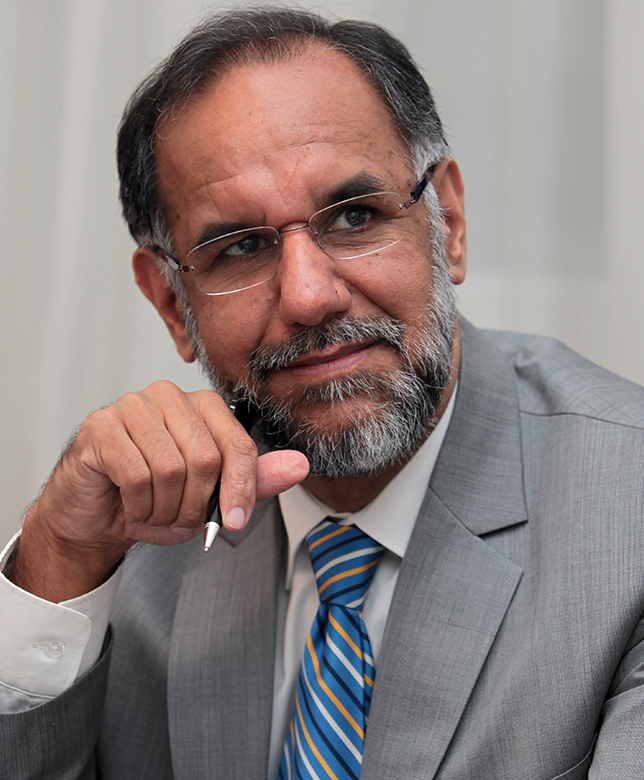 With over three decades (1983-2019) in the Indian Foreign Service, Navdeep Suri brings a vast amount of international experience, a rigorous intellect, acknowledged communication skills and a remarkable ability to ‘connect the dots’ to discern the big picture. He is known for his passion and commitment, his out-of-the-box thinking and innovative approach, his embrace of technology-based solutions and his relentless focus on securing the desired outcomes.

Over his illustrious career, Navdeep held a range of challenging assignments at the Ministry of External Affairs’ headquarters in New Delhi and in India’s diplomatic missions abroad. He retired as India’s Ambassador to UAE, having received the unique honour of receiving the Order of Zayed II, the country’s second highest civilian award. He had earlier served as High Commissioner in Australia, Ambassador in Egypt, Consul General in South Africa and Counsellor in London and First Secretary in Washington DC.

Among his many accomplishments, Navdeep is credited for promoting the use of emerging social media channels as tools of digital diplomacy and was instrumental in making the Ministry of External Affairs the first GoI entity to establish an active presence on Facebook, Twitter and YouTube.

Navdeep comes from a family that has deep roots in Punjabi literature. His grandfather Nanak Singh was widely regarded as the Father of the Punjabi novel and wrote an astounding 55 books in his lifetime. Navdeep has translated two of his novels into English. These have been published as “The Watchmaker” by Penguin India and “A Life Incomplete” by Harper Collins.

His latest work on the Jallianwala Bagh massacre - including a translation of Nanak Singh’s epic poem Khooni Vaisakhi- has received widespread critical acclaim and has featured in major literary festivals in London, Sharjah, Bengaluru, New Delhi, Calicut and Jaipur.