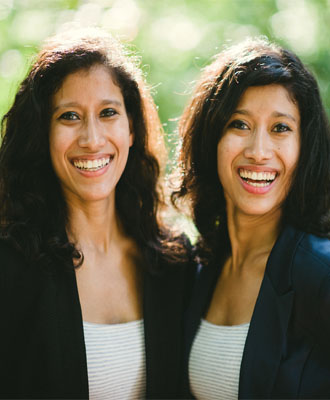 "All for one, one for all." The spirit that guides our small, yet powerful tribe of Edmund Hillary Fellows.… https://t.co/1wutNPkUWL

#repost @PestalozziWorld • A good start to the year 2023! Children participate in the activities at the @OLS_india… https://t.co/uhNTGGFyCV

Popularly known as the ‘Everest twins’, Nungshi & Tashi are the world’s first and the youngest twin siblings to complete the ‘Explorers Grand Slam’ i.e. scaling the highest peaks in all seven continents including Everest, and skiing to North and South Poles.
Guinness World Record holders, they are also well-accomplished speakers. They have delivered gripping talks at various educational institutions and organisations in India and abroad, including influential platforms like TEDx. They speak with conviction about their motto ‘Gender Equality Now: Fight Female Feticide’.

They started the ‘Nungshi Tashi Foundation’ with the objective of advancing the lives of Indian girls and women through outdoors, adventure sports and mountaineering. Also, the brand ambassadors of Uttarakhand’s ‘Beti-Bachao’ campaign, the sisters have been listed among the top ten most inspiring women under 25 years of age by Girl Guiding – a UK based charity on girl empowerment.
Nungshi and Tashi won India’s highest adventure award ‘Tenzing Norgay National Adventure Award 2015’ conferred by the President of India in 2016. They were also featured among India’s top 50 power women by Verve magazine and were also honored with the ‘2016 Leif Erikson Young Explorers Award’ by the President of Iceland.