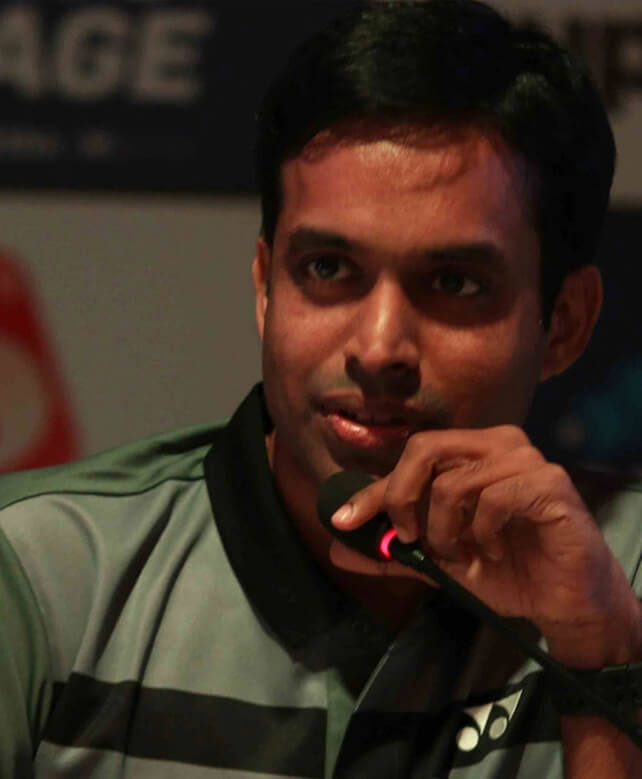 He won the All England Open Badminton Championships in 2001, becoming the second Indian to achieve this feat after Prakash Padukone. Currently, he is the Chief National Coach for the Indian Badminton team and runs the Gopichand Badminton Academy.

Gopichand not only brought laurels to the country, but also coached two of India’s Olympic medalist badminton players Saina Nehwal and PV Sindhu. He received the Arjuna Award in 1999, the Dronacharya Award in 2009 and the Padma Bhushan in 2014.

After winning his first National Badminton Championship title in 1996, Gopichand went on to win the title five times in a row, until 2000. He won two golds and one silver medal at the Indian National Games in 1998. In 1996, he won gold in the SAARC badminton tournament and defended the crown in the next games held at Colombo in 1997.

At the 1998 Commonwealth Games, he won a silver medal in the team event and a bronze in men’s singles. After retiring from his playing career, Pullela Gopichand founded the Gopichand Badminton Academy, which has produced several badminton players including Saina Nehwal, P. V. Sindhu, Parupalli Kashyap, Srikanth Kidambi, Arundhati Pantawane, Gurusai Datt and Arun Vishnu.