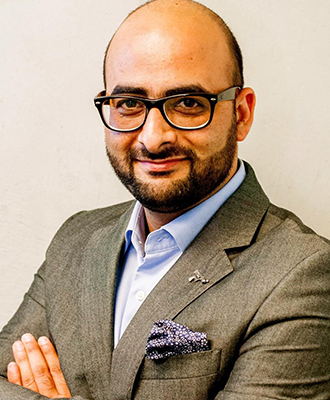 @jasuja I haven’t. Just been busy with work.

RT @javeddar786: In Jammu all events were cancelled within 24 hours. In Kashmir exhibitions, fairs and tourism festivals are being organise…

Raheel works at the intersection of news, politics, governance, online organising and disaster response. With over 15 years of experience helping global tech firms grow exponentially, in very short periods of time, Raheel has helped launch some of the world’s most popular tech firms in some of the world’s toughest markets.

Currently based in Toronto, Raheel founded Laminar, a 21st Century Streaming/Video infrastructure OS/platform. Prior to Laminar, he successfully co-founded Anthro.Ai, an AI X Anthropology start-up that specialises in supercharged insights at scale.

Before taking the entrepreneurial route, he led Snapchat in India as their sole expert guiding the integration of the world’s largest camera app into the Indian landscape. He also headed News Partnerships for Twitter in India and South-East Asia where he led the conception, development and roll-out of civic tech products—Twitter Seva, Twitter Samvad, SmartFeed—that democratise information, help governments do their jobs with accountability and transparency, and enable meaningful citizen engagement.

Raheel’s innovative product and partnerships work from Twitter SMS alerts to live data on national television and have dramatically altered how elections and politics are narrated in India. He previously served as Director of Communications for India at Change.org, leading an effective strategy that successfully seeded petitioning as an organising tool.

A cross-platform journalist and storyteller, Raheel has worked in, written, produced, field produced and broken stories for outlets such as Vice, PBS, ProPublica, BBC-PRI and a host of publications across the world. For Mercy Corps International, he executed a highly successful Participatory Planning Youth Leadership Project in Kashmir, where more than 700 Kashmiri youth received leadership and negotiating training.

He is passionate about the intersection of technology and social change and speaks frequently at conferences and media outlets globally. Raheel is a 2017 Knight Visiting Nieman Fellow at Harvard and a member of the 2017 class of Asia 21, the Asia-Pacific’s foremost network of young leaders.