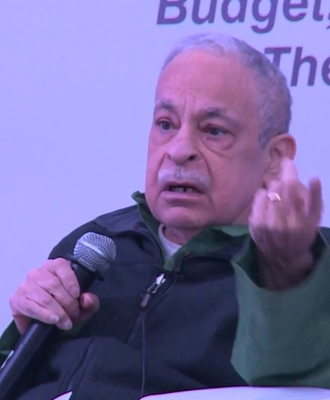 Rahul has over 40 years of work experience in different professional fields: academic, development banking, administration, telecom and broadcast regulation. His talks are enriched with his wisdom and insights on topics like macroeconomics, international trade, telecom and broadcasting industry, and government policies.

He has served in various capacities and at various levels in the central and state government since joining the Indian Administrative Service in 1975. He was a Director in the Prime Minister’s Office, Private Secretary to Finance Minister, Commissioner of Sales Tax and much more.

He worked as a professional economist in the Asian Development Bank (ADB), Manila between 1994 to 2000. He was also the Senior Economist in the Strategy and Policy Office of the President of ADB.

Rahul joined the Telecom Regulatory Authority of India as Chairman in 2012. Prior to joining TRAI, he was Commerce Secretary in Ministry of commerce and industry, Government of India. He also served as Secretary, Department of Disinvestment, Ministry of Finance.