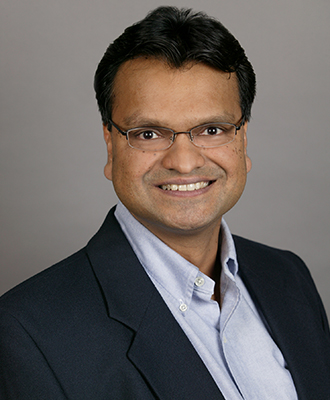 Thanks @ddskier While nobody is good at everything, Everybody can be good at something. What’s your "one" thing?… https://t.co/RYv3aHrn0i

Having spent two decades in the technology industry, Raj Biyani is a believer in the magic of technology. He is also a mentor to business leaders in India and the United States. He talks about leadership skills and how innovation can transform the impact of an organisation.

A 17-year veteran of Microsoft corporation, he was the Managing Director for its India operations and the successful turnaround of Microsoft India during his tenure has been featured in a Harvard Business School case study.

Prior to this, as the General Manager in Microsoft IT, Biyani helped shape and accelerate its cloud strategy through internal evangelism and adoption of Microsoft’s Azure cloud platform. While at Microsoft, he filed multiple U.S. patents and established himself as a thought leader by authoring/co-authoring ten “ThinkWeek” papers for Bill Gates.

He currently serves on the advisory board of a Seattle based start-up. Raj is an alumnus of Harvard Business School; and holds degrees from Goshen College in Indiana and the University of Chicago. He delivered the keynote address at Goshen College’s 117th commencement ceremony in 2015.