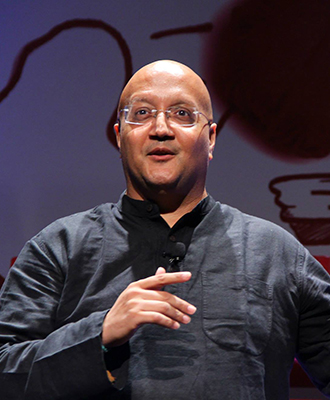 In the digital world, Raja has created numerous Webby Award-winning campaigns in the UK, US and India for global brands including Sony Entertainment, Coca-Cola, and British Telecom. His film “Yoga Harmony with Nature” was the official film for the first International Day of Yoga in 2015, for both India and the UN.

Raja is the first Indian filmmaker to secure a co-production agreement with PBS, America’s Public Television Network, to broadcast and distribute his forthcoming film “First Guru” on Swami Vivekananda. He is currently exploring new ways to ‘open the Third Eye’ i.e. hack consciousness and explore expanded inner creativity and intuition.