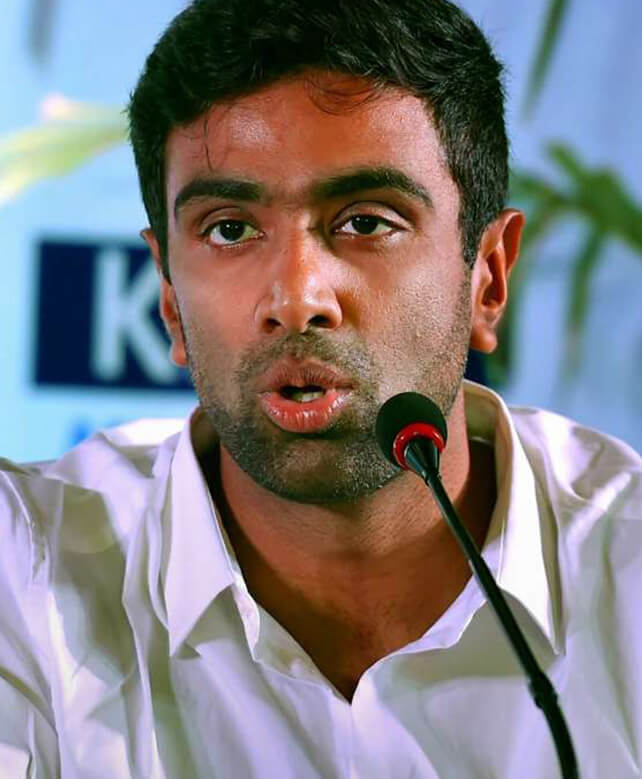 Just what I needed to see. Thank you Unacademy and @sachin_rt for imparting The Greatest Lesson in life! You’re not… https://t.co/wBoF8E5Cgf

Absolute must to read this!! #LongCovid https://t.co/skJyvwAOjy

RT @cspramesh: Let me tell you an amazing story...

An international cricketer and all-rounder who has made a name for himself with his economical bowling style, Ashwin is a global youth icon. His talks offer insights into his leadership style and his exciting journey so far, which led him from junior-level cricket, where he played as opening batsman to becoming one of India’s top bowlers.

His easy and engaging style has been known to enthral audiences of all age groups – from aspiring youngsters to leading professionals. He has spoken at leading companies such as Cognizant and TCS. Currently, Ashwin plays for Tamil Nadu in domestic cricket and captains Kings XI Punjab in the Indian Premier League.

After achieving little success as an opening batsman at junior-level cricket, Ashwin dropped down the order and turned into an off-break bowler. He made his first-class debut for Tamil Nadu in December 2006 and captained the team the following season. But it was not until the 2010 Indian Premier League, where he played for the Chennai Super Kings, that he came into the limelight for his bowling and further earned his maiden international call-up in the limited-overs formats in June 2010.

In 2016, Ashwin became the third Indian to win the ICC Cricketer of the Year award. The same year, he won the ICC Test player of the year award, making him only the second Indian to achieve both honours in one year. He has been the fastest Indian bowler (and even the fastest in the world by some records) to reach the 50-, 100-, 150-, 200-, 250 and 300-wicket mark in Test cricket. He was the leading wicket-taker (with 13 wickets) and player of the tournament at the 2010 Champions League Twenty20 in South Africa.

He was also part of the Indian squad that won the 2011 Cricket World Cup. Later that year, he made his Test debut against West Indies and became the seventh Indian to take a five-wicket haul in a Test debut. He took two five-wicket hauls and scored a century in that series and won the player of the series award.