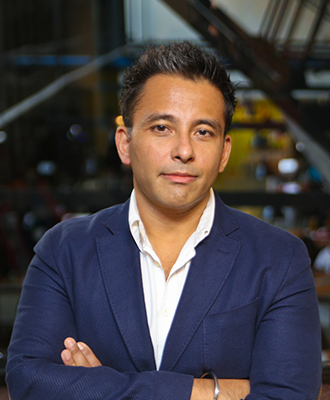 RT @RobertMaguire_: Everything’s terrible except for this teacher going on Reddit and learning how much her students love her https://t.co/…

Roopak is Founder, CEO of two companies - The 120 Media Collective, a communications and content group, working with some of Asia’s largest advertisers; and Sooperfly, a digital-first media company, building content brands direct-to-audiences. He is a regular speaker at industry and entrepreneurship events across the globe and has held several advertising, marketing and content jury positions globally as well.

Roopak began his career in advertising at Young & Rubicam Budapest followed by Ogilvy & Mather Paris, where he ran the Motorola account for Europe, Middle East & Africa, and was instrumental in the development of the globally iconic Hello Moto campaign.

He has several notable awards to his credit including Campaign Asia-Pacific’s ’40 Under 40’ List of leading professionals and entrepreneurs in Advertising, Media & Marketing across APAC, IMPACT Digital Power 100 (India’s 100 most influential leaders in the digital media industry), Campaign India’s A-List of the Most Influential People in India’s Advertising, Media & Marketing Industry CNN Mumbai Hot List of 20 People to Watch in 2011.

Roopak is an active angel investor and currently serves on the Board of Toko Labs, a venture-funded children’s digital content company. Additionally, he is an Advisor to the Content Marketing Summit Asia and Mentor to D Labs, a design-thinking led accelerator at the Indian School of Business. In the past, he has served on the Executive Committee of the Association of Advertising Producers and on the Advisory Boards of the Indian Digital Media Awards.

A “diplobrat” whose education, work, and life allowed him to live in ten countries on six continents, speaking in nine languages, Roopak has an MBA from INSEAD, where he is also a guest lecturer.