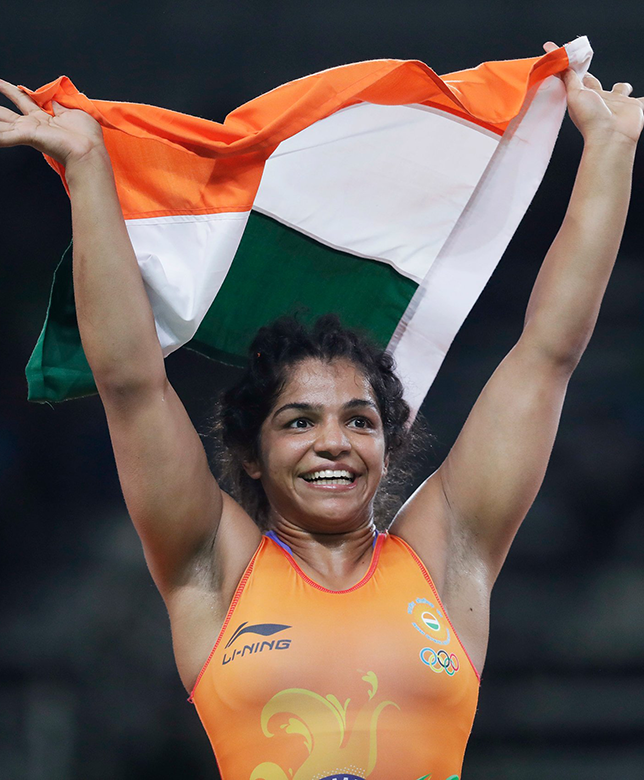 Fighting Against All Odds

RT @OshoQuotes: Only dead people go beyond pain and then they go beyond pleasure too. ~ Osho

You are the master of your own destiny ✌🏻😎🤗 #koreanfood #uzbekistan #throwback #happysunday #wrestling https://t.co/S1BBrpawYb

Hailing from Haryana and highly renowned in the wrestling landscape of India, Sakshi Malik created a sensation when she became the first ever woman from India to win an Olympic medal in wrestling. Having blazed her own trail in a conventionally male-dominated sport, from a region where sport was considered ‘not for girls’, the 26-year-old talks about battling the odds with perseverance, dedication and hard work.

A follower of Rhonda Byrnes' 'The Secret', Sakshi strongly believes that visualisation helped her manifest her goal of winning an Olympic medal. She is now working towards Tokyo Olympics 2020 in a bid to become India's second individual double Olympic medallist.

Born and brought up in a state with the worst sex ratio, her parents were initially mocked for sending her to “akhadas” or wrestling rings. Today, her success is seen as a major victory over sexism. Sakshi has brought about a paradigm shift to the perception of girl child and women in the patriarchal state. Seen as a true role model, Sakshi is the face of “beti bachao, beti padaon” campaign in Haryana.

As a professional wrestler, Sakshi's first success in the international arena came in 2010 at the Junior World Championships where she won the bronze medal in the 58 kg freestyle event. In 2014, she finished runner-up at the Glasgow Commonwealth Games to bag the silver medal and went on to win a bronze in the 2015 Asian Championships in Doha, Qatar.

Sakshi also won a gold in the Commonwealth Wrestling Championships in 2017 and finished with a bronze medal in the Gold Coast Commonwealth Games in 2018.