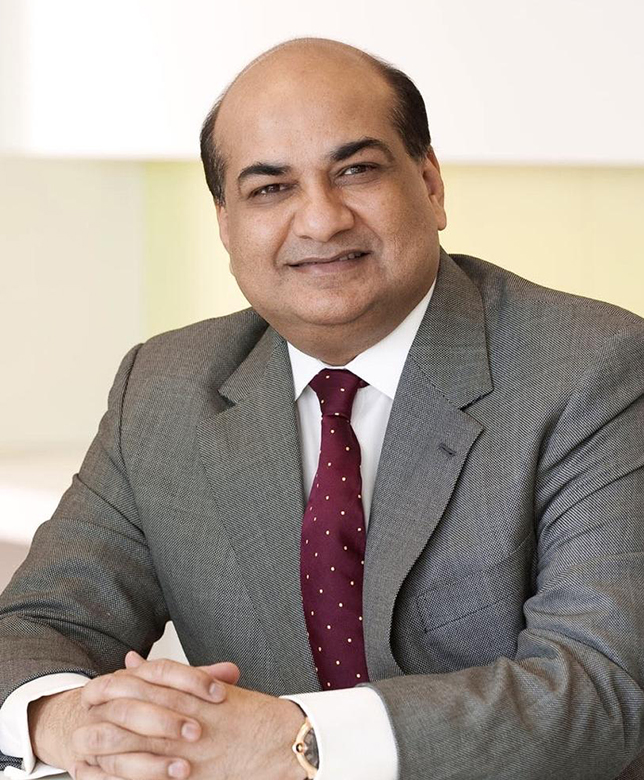 Sandip Das is a successful and highly regarded international CEO and business thought-leader, who has built multi-billion-dollar businesses across India and S.E. Asia. Immensely respected for his astute brand and marketing capabilities and as an inspiring leader who has groomed successful teams, Sandip is a sought-after speaker today on topics such as technology and communication, leadership and team building as well as business strategy.

He is currently on the Board of Directors and an Advisor to Sterlite Technologies Limited (Vedanta) Independent Board Director of Greenlam Industries, Telecom Advisor to a leading International Bank, Advisor to a Reputation Management company Astrum, an empaneled consultant with the Gerson Lehrmann Group and Mentor-Advisor to start-up companies. He is also the President of The FMS Forum an intellectual Alumni association of The Faculty of Management Studies, University of Delhi.

He started his career in 1978 as a Management Trainee in the DCM Shriram Group followed by a stint with Toyota Motor Corporation in the Middle East, Dubai.

At age 35, he became India’s first private licenced Telco CEO with Hutchison Max Telecom (later Vodafone India) in 1994. In 2006, he went on to head Malaysia’s Maxis Group as Group CEO and Board Director, overseeing operations across Maxis Malaysia, Aircel India, Sri Lanka Telecom and Axis Indonesia based out of Kuala Lumpur. In 2013, he joined Reliance Jio as MD & CEO. And in 2015 he left to do an AMP at Harvard Business School.

He won the award for Best Malaysian CEO in 2012. He raised the largest Telco IPO of USD 3.9 billion for Maxis. He was listed among the 100 most powerful people in telecom globally by Global Telecoms Magazine for four years between 2009 to 2013. He was awarded *Lifetime Achievement Award *for his contribution to Indian Telecom in 2016 by Voice and Data magazine.

Sandip graduated in Mechanical Engineering from the National Institute of Technology, (NIT), Rourkela in 1978 and received an MBA from Faculty of Management Studies (FMS), University of Delhi. He is also the alumnus of the Advanced Management Programme (AMP188) from Harvard Business School.