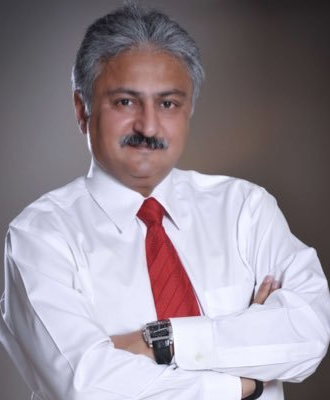 RT @ETNOWlive: #IndiaTonight | After #5GAuctions have concluded, & spectrum is to be allotted to cos to set up 5G private networks, who's l…

@udaykotak Congratulations Uday to Dhawal and the entire family on this wonderful accomplishment. Wish him many more! 👍

With close to three decades of experience, Sanjay is one of the most illustrious business leaders and entrepreneurs in India. He has spent 17 years in the telecommunications industry and has helped shape the growth and diversity of India’s largest integrated telecom service providers across multiple lines of businesses.

Sanjay is also a public speaker who’s understanding of the telecom sector and the Indian market is highly sought-after. Having held senior leadership and board member positions at several corporates and industry bodies like CII, COAI, and NASSCOM, his talks on management and leadership are highly regarded.

Sanjay started his career with Xerox India as Director – Operations Support, from where he moved on to Bharti Cellular in 1998. He became the principal architect of the company’s operations in western India and progressed from one leadership position to another, building various aspects and businesses of the group. He went on to become the Chief Executive Officer for India and South Asia for the company Bharti Airtel.

Most recently, he was the Chairman of Micromax and part of the company’s promoter board.