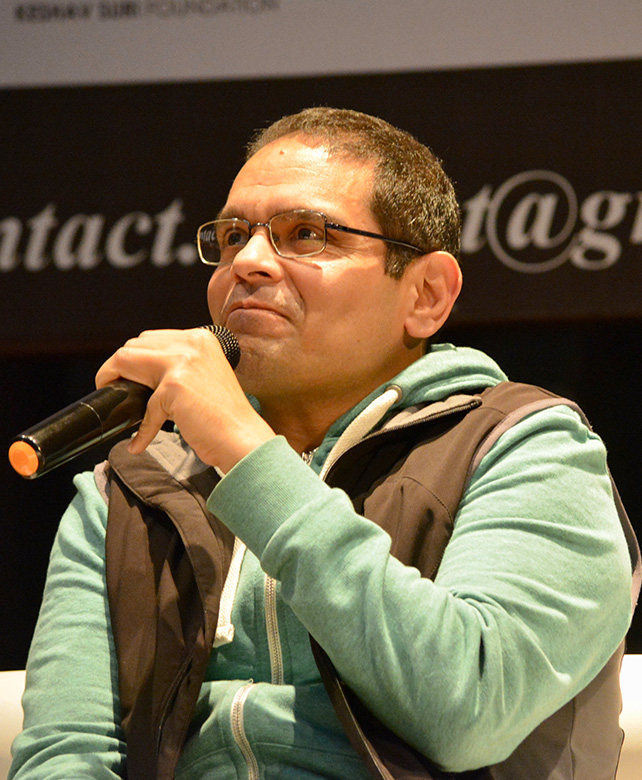 Sharif is an author; communications consultant; a curator focused on diversity, inclusion, music and arts, and a singer – songwriter. With over 25 years of experience in the fields of media, publishing, research and public relations, he uses talks, writing, event curation and music, to advocate change and garner support for the LGBTQ+ community.

The various hats he wears and the roles he plays, led him to create the Rainbow Lit Fest – Queer & Inclusive, of which he is the Festival Director. He is also the curator of Embrace: Music Justice Arts and the frontman of the band – Friends of Linger.

His book, Straight to Normal – My Life As A Gay Man, released early 2019, is amongst the few queer memoirs out of India and the first since the reading down of Section 377. The book has featured in best-selling lists and been recognised by not just sections of the media but by leaders from the fields of academics, politics, human rights, literature and films.

A TEDx speaker, Sharif provides counsel in the area of diversity and inclusion in the workplace specific to the LGBTQ community. He is associated with Open For Business, a platform that promotes such policies.

He has held positions at The Economic Times and The Pioneer, before leading Integral PR as its CEO and later as its chairman. He was named PR Professional of The Year 2013 by IPRCCA and was in the Global Power List of PR Week in 2015. He has represented the country on the board of ICCO, been the elected president of PRCAI and was on the board of PROI – the oldest and largest network of independent PR consultancies.

Sharif provides consultancy in the areas of content, crisis communication and media engagement. Sharif continues to write for publications such as Hindustan Times, Scroll.in; The Hindu; The Wire.in; Gaylaxy Magazine, Huffington Post and several others.

Over the years he has addressed global conferences on communications such as the ICCO Summit in Paris, the PROI Global Meet in New York and later in Cape Town. He has spoken at events on diversity hosted by organisation such as the Canadian High Commission, Gaylaxy Magazine and Avian WE, among others.

He has also been a jury member of several national and international marketing and communications awards including the prestigious SABRE Awards South Asia and The Pitch Brand Awards. He is currently on the advisory board of The Global PR Trust focusing on social change and civil justice.

June is celebrated every year as Pride Month. But amidst so much social media noise, are we losing its real significance? How can organizations specifically understand and celebrate the true spirit of Pride Month? Author & LGBTQ+ activist Sharif Rangnekar shared his thoughts with us, tapping into his own experience growing up as a gay man in India. With over 25 years of experience in the fields of media, publishing, research and public relations, he uses talks, writing, event curation and music, to advocate change and garner support for the LGBTQ+ community. A communications and workplace sensitisation consultant, Sharif is the author of Straight To Normal, a TedX speaker and the Festival Director of the Rainbow Lit Fest.