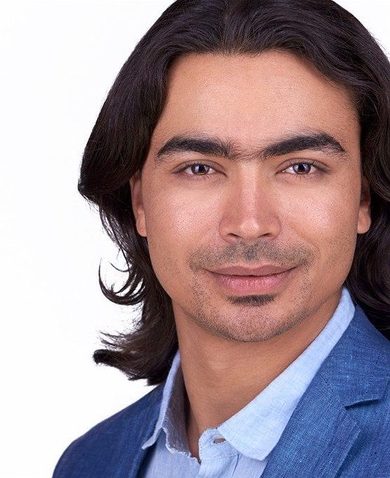 This is big news! High time the rest of the word bans single use plastic. While we're at it, get producers to pay… https://t.co/RKlDwSqG1j

The historic relevance of Coverciano, the headquarters of Italian Football is palpable when you visit the campus.… https://t.co/xIYFNlXbSW

Doing a Live session on YouTube this morning. Join in to ask questions here. https://t.co/W9iso0hbui

The World’s youngest person to qualify for the Olympic games in Luge, Shiva Keshavan is the first Indian to have won an international medal in any winter sport. Shiva has represented India for over 20 years and competed in 6 Olympic Games and won 10 individual medals at the Asian level. His inspiring sessions talk about leadership, mindfulness and the “never give in” attitude of self-belief.

Shiva’s story began in the remote Himalayan village of Vashisht, at over 2000 meters in altitude, where despite the lack of basic infrastructure or sport facilities he rose to compete in the highest level of international sport. Shiva’s talent was spotted by Gunther Lemmerer, former World Champion and head coach of the International Luge Federation who gave Shiva a chance to compete on the world stage.

The news of an athlete from India competing with a homemade set of equipment, no coach or track to train on and no funding or from the sports federation was instantly picked up by media all around the world. These were not the only obstacles Shiva had to overcome to become the most decorated and recognizable face in Winter Sports in India. Shiva story is one of overcoming adversity and a lone struggle against the odds to achieve a seemingly impossible dream. He has proved that there is potential for winter sports in India.

In 2014, Shiva became the president of the Olympians Association. He is also a member of the Indian Olympic Association Ethics Committee and member of India’s apex Athletes Commission. Shiva is also one of 5 members of the Ad-Hoc committee to administer the national winter games federation WGFI and was appointed to the sports council in Himachal Pradesh.