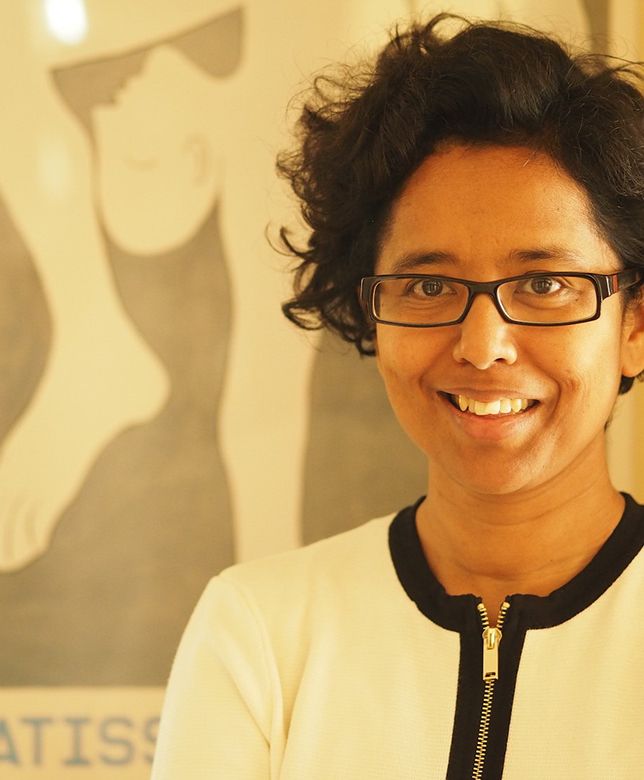 Susmita Mohanty is a spaceship designer and serial space entrepreneur. She seamlessly straddles the worlds of design, architecture, technology, business and climate action bringing a whole new perspective to innovation, exploration and sustainability. As someone who leads a renaissance life and takes on offbeat assignments and challenging roles, her take on entrepreneurship and leadership is highly sought-after by business leaders. Educated in India, France and Sweden, Susmita holds multiple degrees including a PhD.

A protégée of Arthur C. Clarke, the late science fiction writer and author of 2001: A Space Odyssey, Susmita is blurring the boundaries between science fiction and reality via her orbital enterprise. In 2001, Susmita co-founded MOONFRONT, an aerospace consulting firm based in San Francisco. In 2004, she co-founded LIQUIFER Systems Group (LSG), an aerospace architecture and design firm in Vienna. In 2009, she co-founded her Earth2Orbit (E2O)India’s first private space start-up. E2O started off as a launch advisory firm that played a pivotal role in opening up the US launch market for India despite the 1998 US embargo. E2O then shifted its focus on climate action and developed Earth Observation (EO) Analytics’ models to make agriculture and cities climate-smart.

Before turning entrepreneur, Susmita worked in business development for the International Space Station program at Boeing in California. She also worked on Shuttle-Mir missions at NASA’s Johnson Space Center in Houston.

A cosmopolite and global nomad, she has travelled widely and has lived in India, United States and Europe. Featured in San Francisco’s Hot 20 Under 40 by the city's leading glamour magazine in 2004, Susmita has been variously called - THE MOON WALKER, JOHN GLENN(OVICH), and PRODIGY - by the Press. Susmita is an ardent traveller and explorer. She is probably the only person in the world to have visited the Arctic and Antarctica, on invitation.

At the invitation of the Chief Minister of Odisha Naveen Patnaik, Susmita served as the Chairperson of ‘Mo School’ in the rank of a Minister of State, from December 2017 – May 2019. Mo School is an alumni philanthropic platform covering over 65000 government schools in Odisha. During her tenure, Mo School created history in the world of alumni philanthropy in India by raising nearly 30 Crore Rupees (US$ 4.25 Million) in just 10 months.

In 2017, she was featured on the cover of Fortune Magazine. In 2012, she was voted into Financial Times’ list of “25 Indians to Watch”. She is a member of the World Economic Forum (WEF) Global Future Council for Space Technologies.

Fortune, India: To infinity and beyond
Livemint: ‘We need to focus on next-gen spacesuit design’
Entrepreneur, India: India's Space Woman Started Her Journey Long Before the Industry Took Shape
The Woman Behind India's First Space Startup Is Now Tackling Climate Change From Outer Space
To Infinity and Beyond