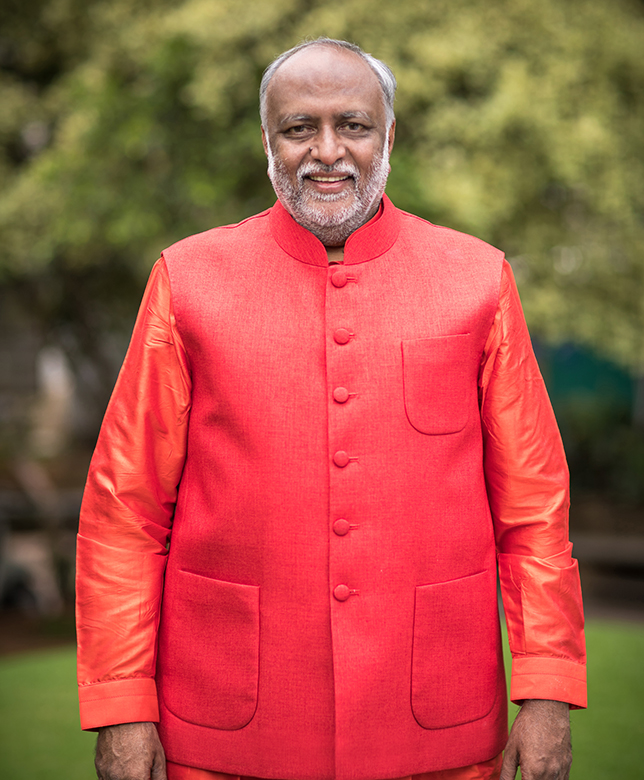 Poojya Swami Sukhabodhananda is an Indian monk and sought-after “corporate guru” who helps people by deconstructing and decoding critical challenges in their personal and corporate lives towards providing holistic solutions. His sessions focus on bringing clarity without adding to redundant beliefs and concepts; thus “understanding, transforming and transcending the mind”.

He is known for his simple teachings that have a problem-solving approach. Through his interactive teachings, Swamiji has touched the hearts and minds of millions across the globe. This earned him the name of ‘Corporate Guru’.

As a highly sought-after speaker in the corporate world, he was invited twice to the prestigious World Economic Forum at Switzerland and was a special invitee to the United Nations World Millennium Summit of Spiritual Leaders. He was also invited by Prime Minister Narendra Modi’s initiative to counsel and guide bank CEOs, chairmen and IAS officers, a great success according to Economic Times.

He is the Second Indian to be honoured at the prestigious Lotus Millionaires Intellectual Club at Manhattan, New York. “Times of India” rated him as the number one speaker in their poll “Who Talks the Best”.

Swamiji is the author of 113 life transformational books in several languages, many of which are bestsellers, including “Oh Mind! Relax Please”.

In the past, Swamiji has been a psychological coach for cricket teams like Delhi Dare Devils. He is also a yoga practitioner and Black Belt in Martial Arts, which he received recently at this age.

Swamiji recently started the Anna Dana Project – which aims to serve food to 9 lakh poor people in hospitals in under a year.