Thank you to each and everyone of you who donated - From mom and me. Mayank always helped others and I hope wherev… https://t.co/hZmBqvjRS0

30 years old and with three companies in his portfolio, Varun Agarwal is an entrepreneur, filmmaker and author, who is seen as a youth icon for millennials. As a much sought-after speaker in India and abroad, he is known to foster a go-getter attitude in his audience.

Varun has delivered sessions for corporates like Google India, Cisco India, Yahoo India and HP in India. Globally, he has addressed the Pentagon, the United Nations, Intel, and TIE in the Silicon Valley, USA. More recently, he delivered a series of 13 talks on Leadership and Entrepreneurship for more than 10,000 employees of Accenture across India. Additionally, he has spoken at many educational institutions, including the IITs, IIMs, NITs and over 250 colleges across India.

Varun’s company Alma Mater is India’s largest provider of merchandise and memorabilia to schools and colleges. As a filmmaker, he has directed the likes of Preity Zinta and A R Rahman in music videos and his films have over 4 million views on YouTube. His debut novel “How I Braved Anu Aunty and Co-Founded a Million Dollar Company” became a national bestseller within a month of its release and is already in its 11th print run, selling over 300,000 copies. 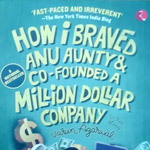