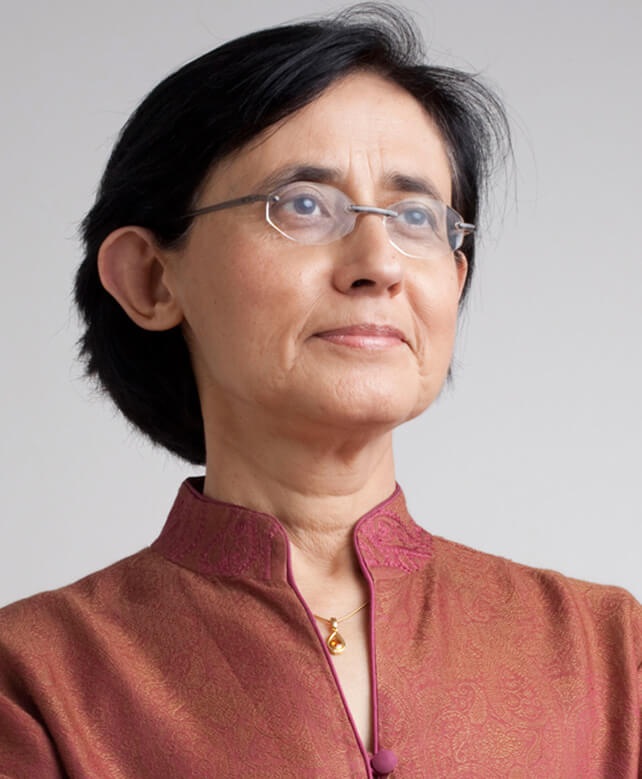 Vinita is a global business leader, who has smashed the glass ceiling – having held principal positions at corporate giants like Britannia, Coca-Cola and Cadbury. As a speaker at several industry and academic forums in India and abroad, she motivates female professionals to make a mark in the male-dominated business community and energises young leaders to become top achievers.

Vinita brings a global and pragmatic perspective to strategy, marketing, innovation and operations, having worked across countries and continents, with responsibility for global and regional roles.

In 2014, she moved from a full-time operational role as MD & CEO of Britannia to pursue her wide-ranging interests in the corporate and development sectors. She is a Non-Executive Director on the Global Boards of Smith & Nephew plc, and Bunge Limited.

She also served on the Global Boards of Syngenta International AG from April 2012 to June 2017 and GAIN (Global Alliance for Improved Nutrition), a Swiss Foundation, based in Geneva, from July 2010 to December 2018 and was the Chair from January 2015 to December 2018.

In India, Vinita serves as a Non-Executive Director on the Boards of CRISIL Ltd and Syngene International Limited; is a Member of the Board of Governors of Indian Institute of Management – Bangalore; an Advisory Board Member of PwC and Chairs the CII National Committee on Nutrition. She was also on the Board of Titan Company Limited from October 2006 till March 2018.

Vinita was among 27 global leaders appointed by the UN to help improve maternal and child health as part of its SUN (Scaling up Nutrition) initiative.